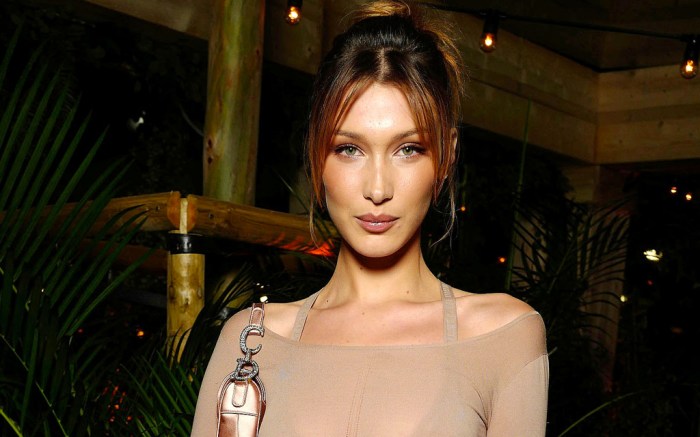 The supermodel attended the event during the Cannes Film Festival wearing a monochromatic ensemble consisting of a sheer off-the-shoulder top, a taupe bralette and a nude silk pleated skirt from Dior’s spring ’19 collection. Her finishing touch for the look was a metallic saddle bag from the brand.

Hadid carried the neutral theme down to her shoes — a set of tan suede heels with a pointed toe by Alexandre Birman. The style, dubbed the Wavee 100 Pump, retails for $625.

Also in attendance at the dinner were actresses Shailene Woodley and Ashlee Simpson. Woodley wore a black pleated dress with a Dior belt from the spring ’19 collection, while Simpson chose a black dress with floral appliqué and black sandals.

Hadid was named a brand ambassador for Dior Makeup in 2016. She has been featured in major campaigns for Fendi, Versace and most recently Calvin Klein, where she starred in the brand’s #MyTruth campaign alongside Kendall Jenner and A$AP Rocky.