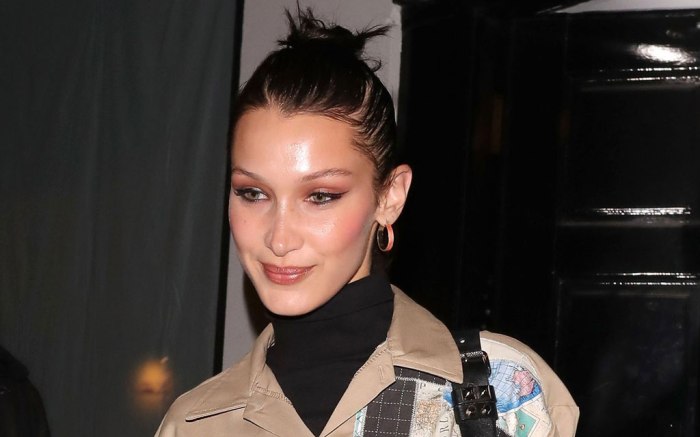 Bella Hadid is in love with this over-the-top boot.

The 23-year-old model is a big fan of Prada’s Monolith combat boots — and she looked ready to do battle in them on the streets of London last night.

The look was functional-chic, a model off-duty take on utilitarian style, which, of course, is where combat boots have their roots. These days, the boots don’t convey military prowess. Instead, they’ve become a must-have for “It” girls everywhere. While combat boots have featured in Hadid’s wardrobe for years, Prada boots are a new addition, from the Italian label’s fall ’19 range.

The Monolith boots have a leather upper and a rubber, 2.75-inch flatform sole, complete with ridges. They even come with detachable zip-up pouches on the shaft, which Hadid appeared to have removed in favor of a handbag. The boots retail on Nordstrom.com for $1,450.

The Dior Beauty ambassador was first spotted in the statement-making stompers last month, while she was out and about during Paris Fashion Week. On the streets of Paris, she teamed the shoes with a pink blazer and shirt, jeans and a New York Yankees cap.

Apart from her Prada shoes, the catwalker loves sneakers from brands like Converse, Vans and Nike to complete her off-duty looks. Her other go-to combat boots? Dr. Martens.