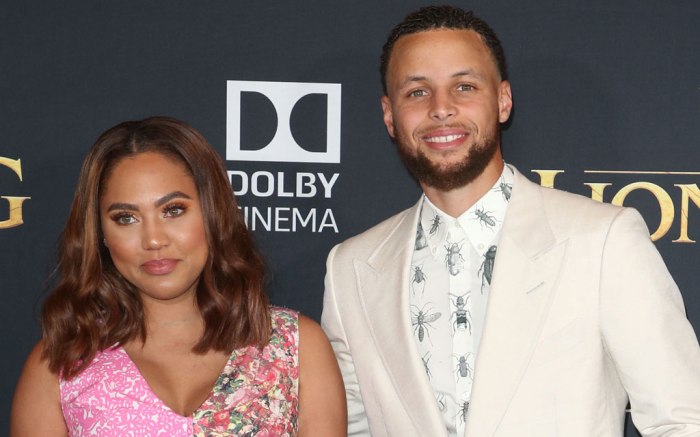 Steph Curry is not happy with the way the internet is treating his wife Ayesha.

The mockery began when New York radio station Hot 97 posted a now-viral video of Ayesha doing the “Milly Rock” dance with the caption “Aye! Did #AyeshaCurry kill her Milly Rock?” The clip has now been viewed over 4.7 million times on Twitter, with 9,000 likes and more than 1,800 retweets.

Twitter didn’t hold back, with plenty of netizens weighing in on the cookbook author’s spontaneous dancing. Trolls wrote comments like “Steph did this chick a favor when he married her” and “I feel so bad for Steph.”

“Slow news day, huh?” the point guard said. “Just make sure y’all send me the video of you dancing at your own restaurant opening…We’re gonna keep Milly Rocking until that happens.”

Curry’s never been one to be phased by some negative online commentary. Speaking to FN in 2017 about his Under Armour signature style, which received its share of criticism, the NBA star said he didn’t mind the less than stellar feedback.

“I definitely heard feedback, positive and negative. It’s hard to avoid pretty much anything these days,” Curry said. “But I don’t mind; it doesn’t bother me one way or another. When your shoes are talked about, that means people are looking at what you’re putting out there, and that’s a good sign. If nobody said nothing about my shoes, that would be a problem.”

Flip through the gallery to see Ayesha Curry’s style.

Watch the video below for a behind-the-scenes look at Stephen Curry’s FN cover shoot.