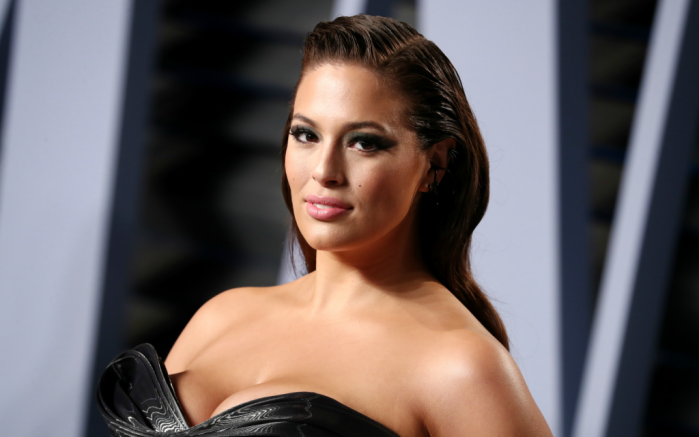 As celebrities and their stylists gear up for the 2019 Met Gala tonight, anticipation is in the air. With this year’s exhibition theme centered around Susan Sontag’s “Camp: Notes On Fashion,” celebrities, models and other attendees are expected to pull some pretty daring looks.

Jordan Foster, Ashley Graham’s stylist, is always up for the challenge. Foster spoke with FN about what it’s like to prep for the gala, how she interpreted this year’s theme and what we can expect to see on Graham.

For Graham’s Met Gala look, how far in advance did you plan?

“Often with the Met, everything is very last-minute and totally down to the wire. We started the process about two weeks ago.”

“Ashley is wearing a 100% custom look. For this look, we narrowed down some of our inspiration images and we all landed on the same idea. It’s been a great process because the design team has been incredibly collaborative and everyone throws out ideas constantly. Everyone brings something important to the table, and the end result will be a real celebration of the group behind it.”

How many designers, sketches or ideas did you go through? How long did the overall look take to create?

“We landed on the concept of the look in the first meeting. One week later, we were trying it on. The look as a whole has been a work in progress ever since that first meeting. A lot goes into it, it’s not just the outfit itself. For this particular look, we decided to add an element that has taken a lot of time to finalize and then have made. It’s being made in Los Angeles and it arrived over the weekend.”

What does camp mean to you?

“As everyone knows by now, Susan Sontag explains that camp is a sensibility. That is what has stuck with me, and for me, that has meant encouraging Ashley to continue to do what she always does, which is being her confident self and have fun with it, maybe while adding some rhinestones or feathers along with that.”

What was your biggest challenge when it came to the theme?

“The only challenge I feel like I’ve faced is finding the line between camp and just plain tacky. We are making sure that every choice we make has a reason behind it and we aren’t just throwing together a hodgepodge of things to be camp.”

Where did you pull from for inspiration?

“When it comes to custom, I go back through looks Ashley and I have done in the past and get a good sense of what silhouette is going to work best. We pretty much always start there, so Ashley was my initial inspiration. But other inspirations included sketches by Bob Mackie, Elton John’s concert costumes and Bette Midler’s red carpet style. Most importantly, I drew inspiration from the designer himself, too. He has a rich history in fashion, and this look is an homage to him and his work.”

How many shoes did you pull?

“We have been looking for a specific shoe since Day One, so I’ve really only pulled one style and one color, which is very different from previous years. I know we need a nude pump that is as close to Ashley’s skin color as possible. It feels like I’ve been in every shoe store in NYC looking for the perfect shade of nude.”

Normally, what role does footwear play in the looks you help create? Do you typically aim for a statement shoe or simplicity?

“In general, shoes are very important to the look. A shoe can make or break a look, and I try my best with every look to have a shoe we haven’t worn before and one that looks perfect. I often spend a whole day on shoe pulls for even a small look that maybe no one will see. One of my favorite looks is a perfectly fitting very simple dress with an incredible shoe.”

What role will accessories play in this Met Gala ensemble for Ashley Graham?

“They will play a very, very big role. With this look, in particular, they are really helping tell the story. I’d say the dress has been the smoothest part of this process and the accessories are what I’ve been stressing about. Everything will be a game time decision, but the jewelry options are endless.”

What is it like styling for the Met Gala, do you feel any extra pressure? How does it compare with other red carpet events?

“For me personally, I feel much more pressure styling the Met Gala. Every red carpet is a big deal, and the looks have to be perfect down to every detail, but there are just so many more eyes on the Met than any other event. I styled Ashley for the Oscars early this year, and it was incredible and a lot of pressure. My guess is Met will be much the same. It’s also much more fun than your average red carpet or event styling though. Everyone gets ready in the hotels uptown, and there are hundreds of people everywhere, everyone is excited and nervous, everyone is having a good time, and it’s just a very exciting thing to be a part of. I feel very lucky that I get to dress someone going to the Met Gala.”

What are some of the last finishing touches you do before time is up?

“I still have to decide on the exact nude shoe I’m going with and the jewelry has to be tried on during our next fitting. Basically, there is a lot to do, and it never feels like it really comes together until you’re about to walk out the door.”

See all the stars on the 2019 Met Gala red carpet.