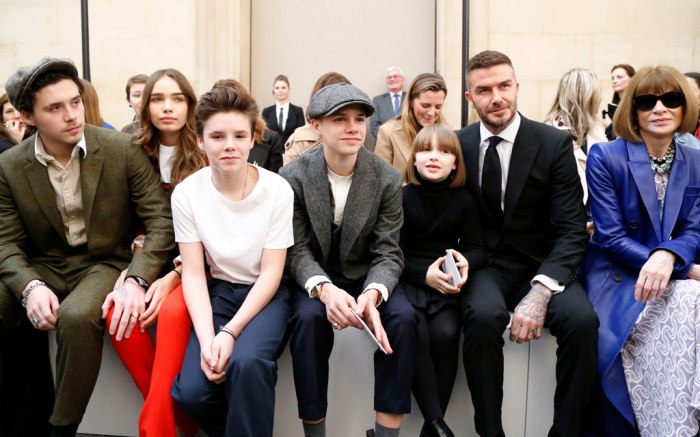 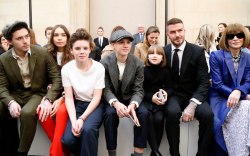 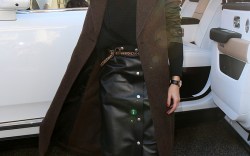 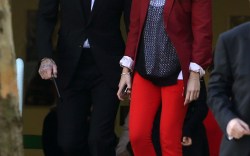 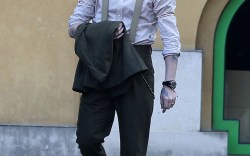 At every Victoria Beckham show, the designer’s family sits front row to cheer her on.

This time, it was Victoria’s 7-year-old daughter, Harper, who made the biggest style statement, appearing in an all-black look punctuated by a fringed bob as she watched her mother’s collection hit the runway at London Fashion Week on Sunday.

The hairdo called to mind Vogue editor Anna Wintour’s classic chop — and the similarity was particularly apparent with Wintour sitting just one seat away from the child in a blue leather coat and her signature sunglasses.

In between the bobs sat David Beckham, who sported a tailored black suit and tie.

The former soccer star was spotted exiting the show venue alongside Hana Cross, girlfriend of Brooklyn Beckham. Cross looked chic in bright-red pants designed by Victoria Beckham, which she paired with a burgundy blazer and black ankle-strap sandals.

For his part, Brooklyn showed off his typical artsy style in a newsboy cap and trousers held up by suspenders. To complete his look, he chose clunky black lace-ups.

The Beckham family stepped out for a celebratory lunch after the show, with the designer sporting a festive red dress for the meal.

“After show lunch with my favorite people x I could not do it without you x kisses 😘 #VBAW19,” the Spice Girls alum captioned an Instagram shot from lunch.

Click through the gallery to see more celebrities at the Victoria Beckham show.

From the Archives: How Kate Moss’ Runway Debut Made Heroin Chic Cool