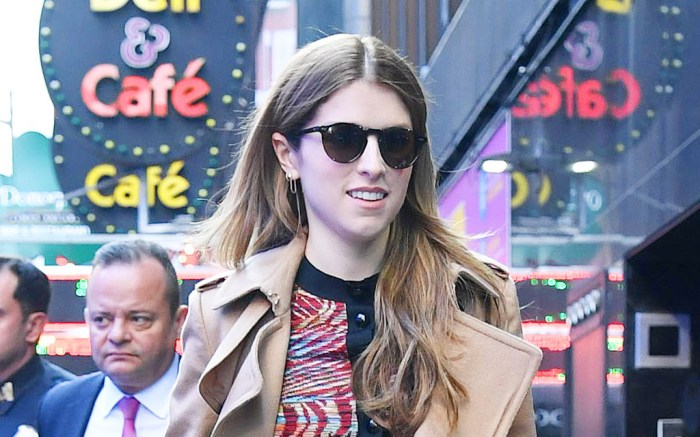 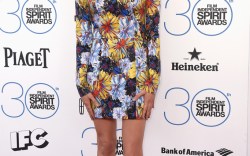 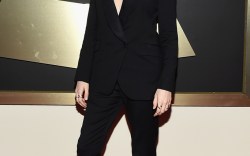 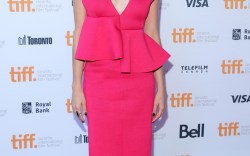 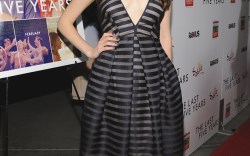 The star of upcoming Disney+ film “Noelle” wore a patterned sweater and skirt set under a tan knee-length coat and a Versace handbag that retails for $1,895.


Kendrick, who is only 5-feet-2 used styling hacks to add length to her shorter frame — a coat that was cropped above the knee and a skirt that skimmed the thigh. On her feet, she wore platform leather sandals with a peep-toe and a sky-grazing chunky heel that looked nearly 5 inches tall.

She also wore Wolford’s Pure 50 opaque tights, which are currently a huge fall trend. They not only allowed her to wear uber-high platform leather sandals in the cold city weather but also created the illusion of more height because the black tights appeared to blend into the equally black sandals.

The “Pitch Perfect” alum appeared on the morning program to promote her role as the titular character, Noelle Kringle, who is billed as the daughter of Santa Claus. Her co-stars include Bill Hader, Julie Hagerty, Billy Eichner and Shirley MacLaine.

The film was set to release Tuesday on Disney’s new livestreaming platform Disney+.

Click through the gallery to see how Anna Kendrick’s shoe game steps up against that “Mike and Dave Need Wedding Dates” co-star Aubrey Plaza.

How Anna Kendrick Ended Up Shoeless at Her First Golden Globes