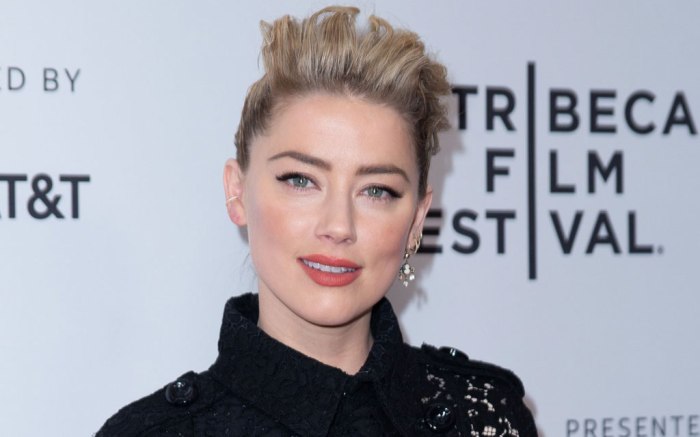 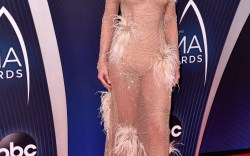 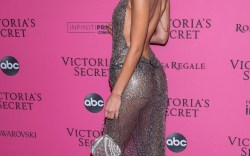 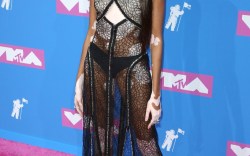 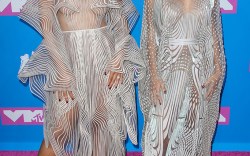 Amber Heard isn’t one to play it safe on the red carpet.

And her goth-glam look at the Tribeca Film Festival last night was anything but expected.

The 33-year-old sported an edgy lace Claes Iverson dress with a completely sheer skirt and a lacy button-up bodysuit. For footwear, she went with spiky black Christian Louboutin pumps. The soaring shoes were black and gray with a shimmery finish and a pointed silhouette.

The “Aquaman” actress accessorized with thigh-high sheer stockings and teensy fishnet gloves. She wore her hair teased into a punky braid.

Heard plays a supporting role in “Gully,” which stars Jacob Latimore, Charlie Plummer and Kelvin Harrison Jr. as best friends living in dystopian Los Angeles. As they deal with difficult familial relationships and socioeconomic hardships, the boys descend further into a world of video gaming, drugs and hard partying.

On the red carpet, Heard often steps out in Christian Louboutin pumps, favoring the brand’s classic So Kate style. The sleek pumps offer a glamorous finish to the “Friday Night Lights” alum’s red carpet looks — which often include bold dresses.

Click through the gallery to see more celebrities in sheer dresses on the red carpet.