In the 2019 Oscars Shoe Game, Only Two Brands Came Out on Top 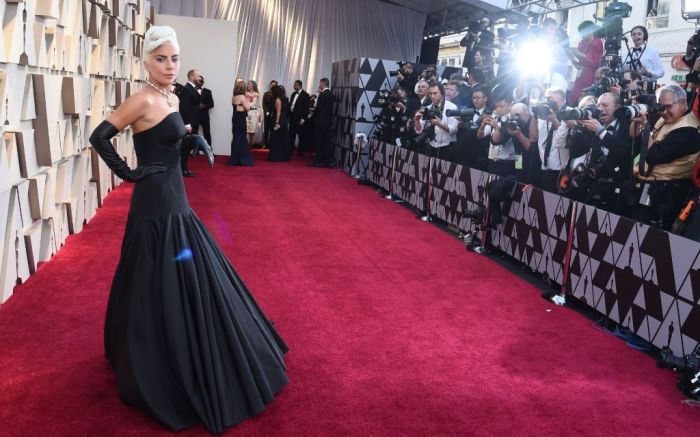 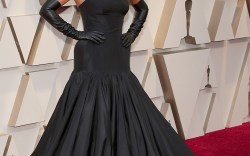 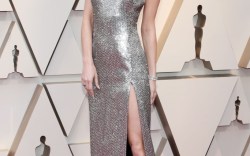 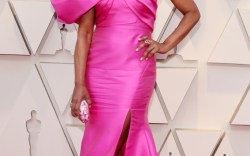 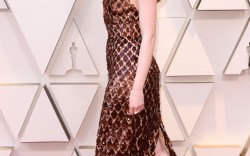 This year’s Oscars red carpet was full of color, drama and a variety of silhouettes and designers. From Gemma Chan’s hot-pink flowing Valentino tiered frock and Lupita Nyong’o’s white feathered Oscar de la Renta to Glenn Close’s 42 pounds of gold beading on her Carolina Herrera — and likely a similar weight on J.Lo’s fully beaded Tom Ford, this year’s was a crowd pleaser.

The shoes, as per usual with awards shows, veered to the classic, with plenty of black strappy embellished sandals, metallic platforms and a few white pumps thrown in the mix. But unlike other years, only two shoe brands truly dominated the red carpet. Here’s a look at the winners, with a few honorable mentions.

The shoe brand (which recently unveiled a new logo, new handbag and an expansive collection at Milan Fashion Week) may have won the Oscars red carpet shoe competition from the sheer volume of feet they adorned last night. From the actual Oscars red carpet to the Vanity Fair party afterward, there was a whopping total of 40 stars who wore the brand for the big night, according to brand representatives.

While the Italian designer didn’t have as many showgoers sporting his shoes as Jimmy Choo (between 20 and 25, according to brand reps), he had two very big names wearing two pairs of very big shoes. Glenn Close continued her reign as a style icon on the 2019 red carpet, wearing Zanotti’s gold mirrored Betty platform sandal underneath her custom Carolina Herrera gown. Lady Gaga, meanwhile, stuck to her tried-and-true custom black platform boots that the designer created for her. After a Grammy and an Oscar, these boots must be good luck for the singer.

Long the red carpet king and one of the most recognizable names to its viewers, Louboutin was less visible at this year’s Oscars and surrounding events. Most notably, Best Supporting Actress winner Regina King donned pair of the designer’s white pumps with an Oscar de la Renta gown, and Jennifer Hudson performed onstage in another pair.

Always a more niche brand for the red carpet, Vivier had only one moment — but it was a good one:  Actress Lupita Nyong’o wore a pair of with her feathered Oscar de la Renta frock to the Vanity Fair party.

It’s challenging to compete with the big brands on the red carpet, but Neil J. Rodgers held his own with a pair of yellow satin platform sandals underneath that were as delightful as Constance Wu was on the red carpet.

Leave it to Amandla Stenberg to rock a pair of boots (by Tabitha Simmons, no less) when everyone else was playing it safe with sandals.

Click through to see all the best-dressed celebrities at the 2019 Oscars.

Why CBD Oil Is the New Red-Carpet Shoe Hack, According to Melissa McCarthy