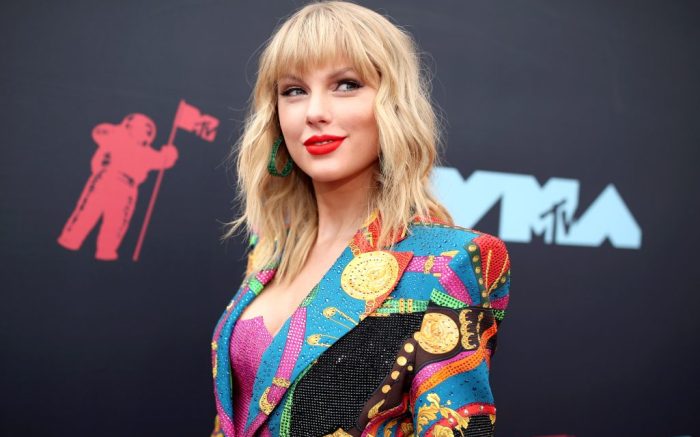 The 2019 MTV Video Music Awards red carpet is under way — and celebrities are turning out in eye-catching, risk-taking ensembles.

Taylor Swift was one of the first stars on the red carpet at the Prudential Center in Newark, N.J. The “Cornelia Street” singer wore a neon-print Versace blazer with a sparkly pink top underneath. For footwear, Swift reached for black thigh-high boots by Christian Louboutin with a pointed silhouette, stiletto heel and embellishment throughout.

Ava Max likewise went with boots — choosing a silhouette that adheres to one of fall’s biggest trends: platforms. The “Sweet But Psycho” hit maker wore a superherolike cape with her chunky-soled boots, opting for a platform style that added several extra inches of height.

At this year’s VMAs, Swift and Ariana Grande lead the field with 10 nominations apiece. Billie Eilish and Lil Nas X were among the breakthrough stars to receive nominations; comedian Sebastian Maniscalco was hosting.

While the red carpet is already underway, the show itself doesn’t start until 8 p.m. ET.

Click through the gallery to see more red carpet arrivals at the VMAs.