Worst Dressed at MTV Movie & TV Awards, According to You 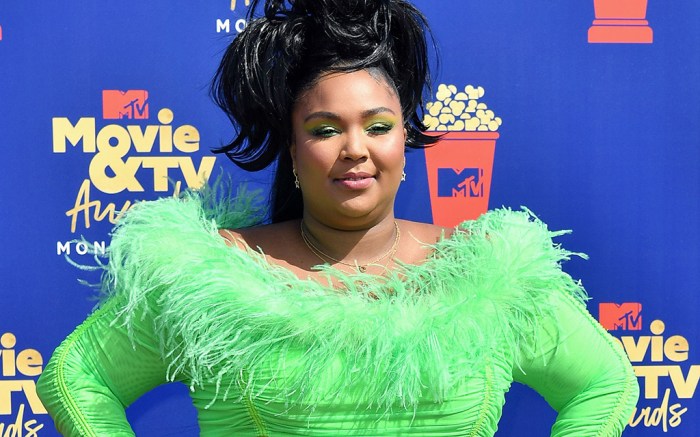 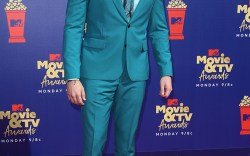 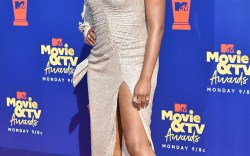 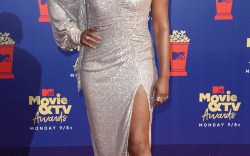 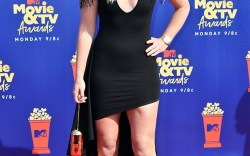 MTV celebrated some of the most popular entertainers at its annual Movie & TV Awards, which was prerecorded Saturday in L.A. ahead of its broadcast tonight.

Photos of the red carpet hit the interwebs over the weekend, and Twitter had plenty to say about what their favorite stars wore.

Singer Lizzo, who entertained guests during the award show program, made a loud entrance on the red carpet in a neon green number by Christopher John Rogers. The long-sleeve dress featured ostrich feathers around the neckline and was complemented by a pair of Gucci’s bejeweled Flashtrek sneakers. Unfortunately, the luxe “dad shoe” wasn’t to one observer’s liking.

Wow a lot of people are terrible! I think her dress is pretty and different, I’m sure none of y’all can pull it off. The only thing I hate is the shoes lol but she’s amazing, her voice/music is bomb, and so is she😍

“She lost me at the shoes but ok sis,” wrote @_alexandriaas. Similarly, @Cuban_Sweet_T added: “I think her dress is pretty and different, I’m sure none of y’all can pull it off. The only thing I hate is the shoes lol but she’s amazing, her voice/music is bomb, and so is she.”

the dress is a toot but the shoes are a boot

Singer Tana Mongeau “made it rain” on the red carpet in a quirky dress by Tyler Glambert that was designed to resemble a large one dollar bill. Twitter user @ihaterickydilon responded to a photo, simply writing, “Wtf is this ugly.”

Wtf is this ugly

Meanwhile, WWE star Becky Lynch and her date missed the mark, some netizens said. Lynch had on a black dress with lapels and a feathered skirt and black pumps. “Maybe she should get a stylist cause that outfit is ugly :/” tweeted @tomhatebot.

Maybe she should get a stylist cause that outfit is ugly :/

Lynch’s date was fellow wrestler Seth Rollins, who had on “the tightest pants on the planet,” @matthewflex9 said. “His outfit at the MTV awards was kinda bad,” @PeterAndMj4Ever added.

@WWERollins with the tightest pants on the planet.

MTV veteran Johnny Bananas gave a red carpet critique to one of his castmates from “The Challenge,” Wes Bergmann. “Getting dressed in the mirror, as opposed to getting dressed in the dark,” he tweeted with a photo, comparing his look to Bergmann’s outfit. Bananas looked sharp in a suit with red dress shoes while Bergmann went for a fuss-free look consisting of a T-shirt with camo-print trousers that he tucked into his socks. He competed his ensemble with black sneakers. “Are his pants tucked into his socks?! Jesus,” @Larrylew wrote.

Are his pants tucked into his socks?! Jesus.