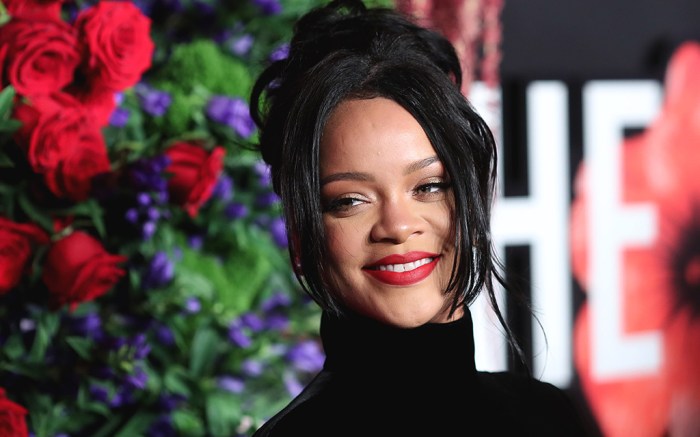 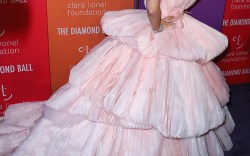 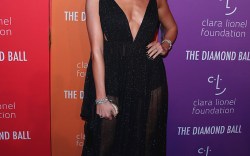 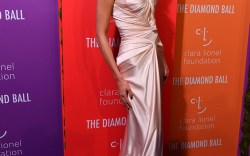 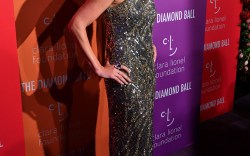 Rihanna and her celebrity friends arrived on the red carpet Thursday night at Cipriani Wall Street in New York to support the 2019 Clara Lionel Foundation Diamond Ball. Founded by the hit maker in 2012, the organization provides support services and emergency response programs around the world.

The hostess took a look off Givenchy’s fall 2019 couture runway for the 5th annual soiree. It was a black long-sleeve, high-neck gown with a white windowpane skirt-bottom in a mesh-panel ruffle. The footnote was a pair of her own Fenty “Date Night” pointed-toe heels featuring straps around the ankle that cascaded down the midfoot. Set on a 4.5-inch stiletto heel, the shoes retail for $690.

Perhaps her stylist Jahleel Weaver had Audrey Hepburn a la “Breakfast at Tiffany’s” in mind when he put together the outfit. Hepburn’s iconic look was designed by Hubert de Givenchy for the 1961 film, which continues to inspire designers nearly 60 years later. The style embraced subtle nods: Instead of opera gloves she had on long sleeves; in place of a pearl necklace, she went with pear earrings; and Hepburn’s perfectly coiffed updo was replaced by a messy bun.

On Instagram, the singer-actress shared that Pharrell and DJ Khaled would entertain guests.

Meanwhile, Pharrell wore Chanel. As a longtime Chanel collaborator, it’s no surprise the entertainer stepped out in his own spring 2019 capsule collection with the fashion house. His loafers, paired with athletic socks, featured an embossed Chanel logo on the left foot and his name on the other.

Cardi B looked like royalty in couture, posing for pictures in a multitiered pink gown by Georges Hobeika. Though her shoes weren’t visible under the floor-length dress, “The Hustlers” star shifted the focus to her upper half, where she sparkled in large baubles around her wrists and ears.