Worst-Dressed at the BET Awards, According to You 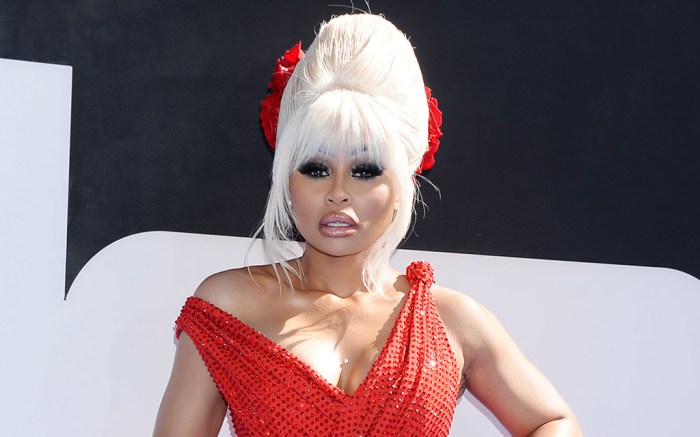 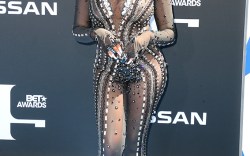 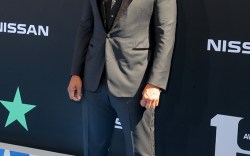 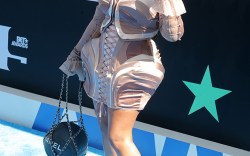 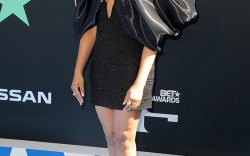 Risks are meant to be taken on red carpets, but not all succeed — Twitter has the proof. Some entertainers tonight at the 2019 BET Awards failed to impress the twitterverse, and while they did look confident, they did land on the worst-dressed lists of some viewers at home. Here’s what the red carpet watchers had to say.

Blac Chyna left some people scratching their heads. Her retro-inspired look included a sequined red dress, PVC sandals and a platinum blond beehive hairdo. Some users compared the reality star to a country music legend. “Somebody said blac chyna think she dolly parton,” @narjaiii tweeted. Another viewer said she resembled a character from the ’90s movie “Mars Attacks!” Captioning a photo composite of Blac Chyna and the alien, @iJumpLikeJordan wrote: “I Knew I Wasnt Trippin ! Only Real Mf Know This Movie.”

I Knew I Wasnt Trippin ! Only Real Mf Know This Movie 😂😂😂 pic.twitter.com/W8V1pw5FXp

“I swear I thought both of Fantasia arms were broke,” tweeted @daquann_mack, who commented on the singer’s edgy white dress that featured dramatic, voluminous sleeves where she rested her arms like they were in a sling. She made it a head-to-toe white look with a pair of pointy pumps.

I swear I thought both of Fantasia arms were broke 😂😂😂#BETAwards#BETAwards2019 pic.twitter.com/aaaRmABUb9

Rapper Saweetie “looked terrible,” said @xpaymeingold, responding to an image of her neon pink Moschino dress, bright blue opera gloves and gold platform sandals. Another user added that her sweetheart, fellow rapper Quavo, should have advised her to wear something else. “Where is Quavo? He should’ve told them HELL no on this,” fired off @JnelleBelle.

Vanessa Simmons wore a sexy blue suit with a wide white lapel with jeans rolled up exposing white cuffs. A pair of Christian Louboutin pumps finished things off. One Twitter user left no commentary, but she did leave a photo composite of Simmons alongside a person making a disapproving expression.

The female duo Ceraadi wore Crocs on the red carpet, but the unexpected shoe choice underwhelmed @okglencoco. “Ceraadi embarrassed themselves looking like they just got off of skid row dressed like that,” referring to an area in L.A. with a large homeless population.

@Ceraadi embarrassed themselves looking like they just got off of skid row dressed like that. 🤦‍♀️ #BETAwards2019 #BETAwards

Ella Mai embraced the neon trend, but the look conjured up childhood memories for some viewers. User @Phroz3n_TriUmph compared her to an animated character in the ’90s film “A Goofy Movie.” The bright green hue reminded @kaybrynell of a popsicle: “This all I saw 🤣😭…Ella Mai looking like a popsicle in the summer.”

This all I saw 🤣😭…Ella Mai looking like a popsicle in the summer 💀 pic.twitter.com/quF5OZhkGn

Ella Mai out there looking like #Powerline from “A Goofy Movie” #BETAwards 😂😂 pic.twitter.com/B0JiqcIU1u

Boots Are Stomping All Over the 2019 BET Awards Red Carpet