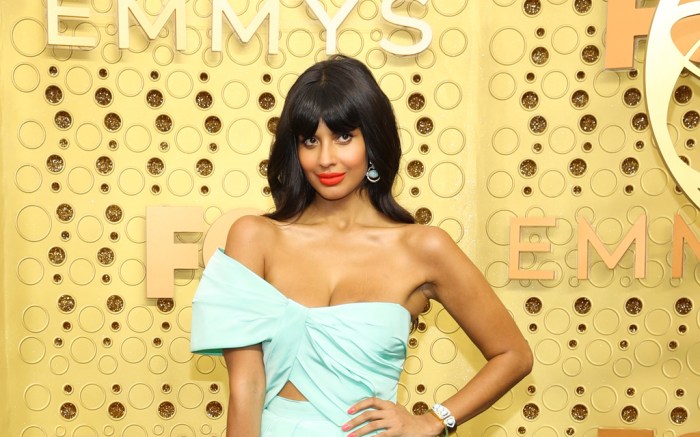 The 2019 Primetime Emmy Awards Sunday night were expected to be an exciting night honoring the best in television from HBO’s “Game of Thrones” to Pop TV’s “Schitt’s Creek.” Stars from all around the industry came flocked in style to the special purple carpet at the Microsoft Theatre in Los Angeles.

NBC’s “This Is Us” was nominated for five awards including Milo Ventimiglia for Lead Actor in a Drama Series. The actor chose a taupe tuxedo with black lapels for the event, matching it with black pants and black patent leather dress shoes.

Olivia Culpo also made an appearance for the awards on the purple carpet. The model chose a ruffled high-low dress with a cinched belt, pairing it with nude pointed-toe pumps.

Jameela Jamil from “The Good Place” — which was nominated for Outstanding Comedy Series — stole the show in a pastel one-shouldered gown with subtle cutouts and a matching clutch.

Maisie Williams, one of the big names from “Game of Thrones,”  kept it chic in a black mixed-pattern dress with sheer paneling. Her shoe of choice was a black heel with a thin ankle strap and a broochlike adornment.

Click through the gallery to see all the red carpet arrivals at the 2019 Primetime Emmy Awards.