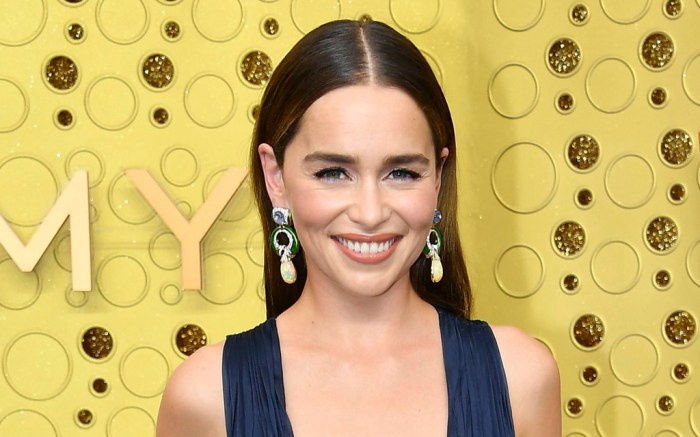 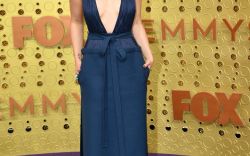 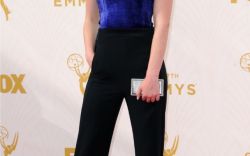 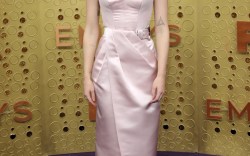 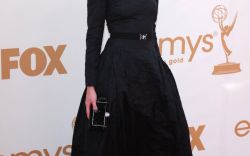 “Game of Thrones” came to a shocking end this year with its eighth and final season, leaving the cast and fans in the wake. With 2019 being the last year that the show will be nominated for the Primetime Emmy Awards, there’s a nostalgic feeling surrounding tonight’s show.

In honor of the cast’s legendary record at the awards show, we took a look back at the Emmys’ style transformations from some of the biggest stars of the show.

Sophie Turner — or as fans know her, Sansa Stark — attended her first Emmys back in 2015. At the time, she was still rocking her red tresses, contrasting them against a blue top and black pants ensemble. Her metallic sandals peeped out from under the pants’ long hem.

Tonight, a very blonde Turner attended the show sans her husband, Joe Jonas. The 23-year-old wore a blush gown from Louis Vuitton, one of her favorite brands, with a set of strappy silver sandals.

Before the 2013 Emmy Awards, Kit Harrington attended a pre-Emmy party put on by L’Oréal. At the time, Harrington’s hair had the voluminous look that his character Jon Snow was famous for. His ensemble was a gray, more casual suit with a black button-down shirt and black loafers.

The Kit Harrington of 2019 is now sans his Jon Snow hair style, and he rocked a sleeker vibe. His outfit of choice was a chic black suit with a buttoned-up white shirt beneath. For footwear, he wore a pair of leather boots.

This year, Clarke shared on social media that she was channeling Jennifer Lopez with her look. In a plunging navy gown from Valentino this year, we saw a more mature version of the Mother of Dragons.

Click through the gallery to see all the “Game of Thrones” Emmys’ style from then to now.