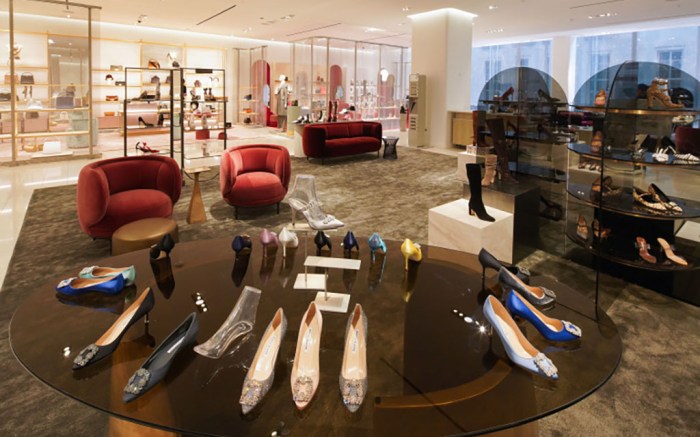 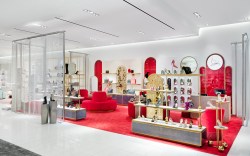 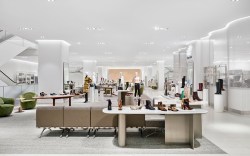 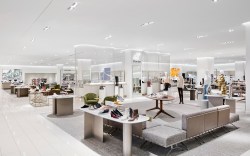 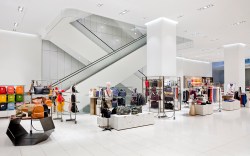 This week, Nordstrom makes the biggest move in its 118-year history with the debut of a 320,000-square-foot women’s flagship on New York’s 57th Street, just steps away from Central Park and chic Columbus Circle — and directly across the street from the store’s men’s location. Shoes will play a starring role inside the seven-level store, which sits at the base of the tallest residential building in the Western Hemisphere.

The move will dramatically reshape the city’s department store landscape at a time when nearby rivals, including Saks Fifth Avenue, Bergdorf Goodman and Bloomingdale’s, are stepping up renovations and unveiling flashy initiatives. Manhattan newcomer Neiman Marcus continues to establish its presence at Hudson Yards. Barneys, meanwhile, will have its fate sealed this week at a bankruptcy auction; the store’s downfall is another sign that betting on physical retail in today’s climate can be risky.

But Nordstrom, which was founded as a shoe retailer in Seattle, has always had an advantage over its competitors, thanks to an intense focus on customer service and its breadth of products at a range of prices. A notable part of Nordstrom’s winning formula has been its unwavering commitment to the footwear category, which gets star billing at the new store.

“We’re focused on delivering the best service to each customer who shops with us, covering all price points, from high to low,” said Rickey Osorio-Pizarro, retail director of shoes. “We’ve hired an incredible team, and have been laser focused on teaching them the essentials of shoe fitting and serving customers the Nordstrom way. We’ve worked hard to combine our physical and digital assets to make it a seamless experience for the customer.”

For the opening, the retailer is partnering with Christian Louboutin on a pop-up that is front and center as soon as shoppers enter the store. Also on the ground floor, Olivia Kim, Nordstrom’s VP of creative projects, put her stamp on a unique space with Nike, which will feature limited-edition product in an upscale environment. The Nordstrom x Nike partnership was first launched in 2015, and there is also a co-branded men’s shop across the street.

Upstairs on the second floor, designer shoes span the entire space, with Louboutin getting prime placement in a permanent shop. Other distinct designer areas play up Fendi and Givenchy, among other labels.

The other major footwear floor, one level below the street, focuses on contemporary labels in all categories, and there are several notable features that make the space pop. The Shoe Bar, one of the store’s seven restaurant concepts, is positioned at the center of the floor and will keep the space buzzing. “It’s really half cocktail bar, half coffee bar,” Osorio-Pizarro said. “What’s great is we have a team of bartenders that are not only going to be working at the shoe bar, but they’re going to be out on the floor so customers will be able to order a drink or food in any location. It’s the first time we’ve done anything like it at Nordstrom.”

Another way the retailer is emphasizing convenience is with a shoe and handbag repair shop, as well as an area for buy-online-pick-up-in-store orders. “Nordstrom is all about shoes, and we know that New Yorkers walk a ton and are hard on their shoes. We’ll take care of them,” Osorio-Pizzaro said, noting that the retailer will also offer loaner shoes for the shopper to use while their footwear is being repaired.

In addition, Nordstrom partnered with Converse on a customization station that allows consumers to deck out their kicks with custom artwork.

And two levels below street level, kids’ shoes get their moment, with a clever conveyor belt that will deliver children’s picks to them.

Vendor partners are excited that Nordstrom is carving out a major presence in the Big Apple. This week’s opening follows the recent debut of two smaller Nordstrom Local stores, on the Upper East Side and West Village. The retailer already has two Nordstrom Rack outposts in Manhattan and made a big splash in April 2018 when it opened its first-ever Manhattan men’s store.

“The energy [of the new flagship] is palpable, and the physical space is stunning,” said Marshall Cheek, Tory Burch’s SVP of wholesale for the Americas and global licensing. “Like Tory Burch, Nordstrom is a family business and there is an incredible alignment between our companies. They share our unrelenting focus on innovation and customer service.” The designer will have a special handbag concept at the store, as well as an exclusive footwear capsule.

“These styles were created in collaboration with a diverse group of inspiring women who are true New Yorkers,” said Kristin Frossmo, EVP and GMM for shoes. “We’re at our best when we can offer our customers exciting partnerships and exclusive products they can’t find anywhere else.” — With contributions from Jennie Bell and Nikara Johns

For more from Nordstrom NYC’s big opening, check back throughout the week and stay tuned for FN’s special print feature on Nov. 4.

Click through the gallery for more photos of the Nordstrom NYC flagship.