A Look Back At Barneys, the Department Store that Broke the Rules of Retail 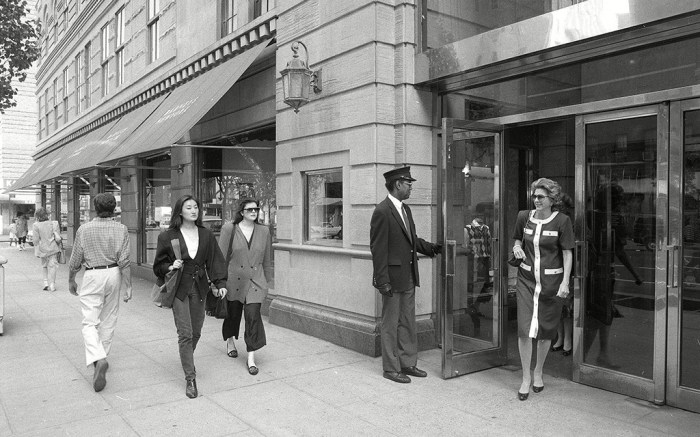 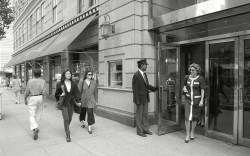 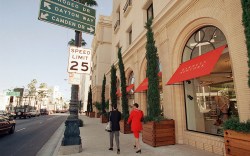 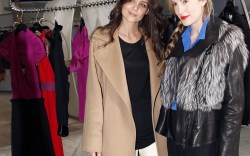 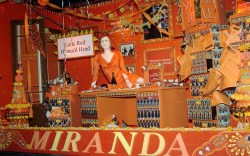 There is no department store quite like Barneys New York.

The luxury retailer, which started out in 1923 as a men’s discount clothing store in downtown Manhattan, eventually would go on to be one of the most recognizable names in fashion. With a free spirit and an eye for the avant-garde, Barneys became a leading force in the fashion world by the end of the 20th century.

In recent years, its aura of cutting-edge luxury wasn’t enough as management missteps and expensive store openings led to huge obstacles. The company announced it would file for Chapter 11 bankruptcy back in August. On Thursday, Authentic Brands Group emerged as the likely winner to acquire the retailer for $271.4 million.

From Giorgio Armani to Rei Kawakubo, Barneys set the stage for designers to debut their creations at department stores. But the luxury chain had humble beginnings. Legend has it that the founder, Barney Pressman, sold his wife’s engagement ring for cash to open a men’s discount store.

Under Pressman’s son and then grandsons, Barneys moved into the luxury sphere in the 1960s and 1970s. The Pressman family began to collaborate with up-and-coming designers, rather than stick to the latest trends. Their independent spirit eventually attracted the New York fashion crowd, and by the 1980s it was the source to shop for the latest designs from all over the world.

In 1989, Barneys formed a partnership with Isetan, a Japanese retailer, which invested $600 million in the chain, helping to fund new locations both in the U.S. and in Tokyo.

The era of expansion led Barneys to open in 1993 its Madison Avenue location, the largest department store to open in New York since the Great Depression. As it expanded outside of New York for the first time, Barneys delivered an air of Manhattan cool to consumers across the nation from Beverly Hills, Calif., to Chicago.

But the ’90s weren’t all good for the retailer. Tensions between Barneys and Isetan began to sour by mid-decade. In 1996, Barneys filed for Chapter 11 bankruptcy. This led to the closure of several locations, including shops in Cleveland, Dallas, Houston and Short Hills, N.J.

While unable to return to its ’70s and ’80s heyday, the department store weathered the storm. It continued to expand to Boston; Dallas; Scottsdale, Arizona; San Francisco and Las Vegas.

Throughout the ’90s and early ’00s, pop culture picked up on Barneys edgy elegance. The retailer was depicted in shows like “Sex and the City” and “Will and Grace.”

In 2004, the Pressman family’s financial ties to Barneys ended when the family sold its last remaining stake in the now-defunct Jones Apparel Group Inc., which acquired Barneys for $400 million. In 2007, Jones unloaded Barneys to Istithmar, a Dubai-based private equity group, for $825 million.

Amid the Great Recession, the luxury market took a turn for the worse, and Barneys was saddled with hefty debt. In 2012, Istithmar sold a majority stake in Barneys to Perry Capital,  a now-defunct hedge fund managed by billionaire Richard Perry.

Fashion trade executive and Kith investor Sam Ben-Avraham continues to circulate an online petition to propose an alternative to ABG’s plan, which involves seven store closures. Ben-Avraham allegedly put in a bid on Wednesday worth $260 million. His plan includes keeping five stores open, including the Barneys flagship on Madison Avenue.

“We are at risk of losing a cultural institution that has been an anchor point for the city for almost a century,” the letter details.