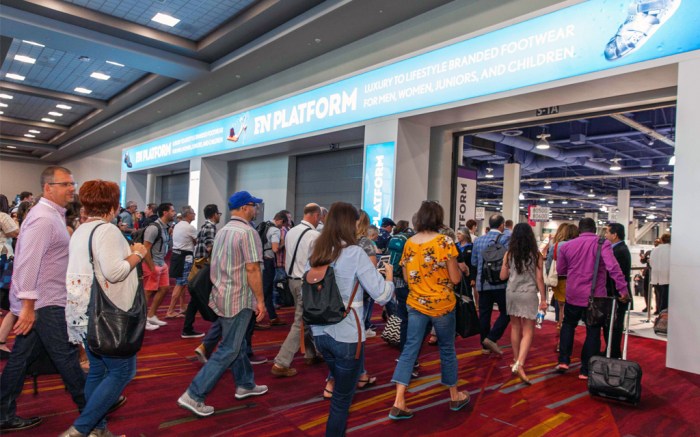 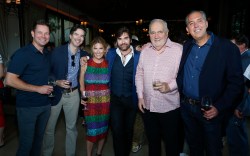 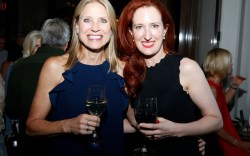 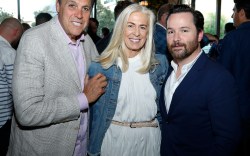 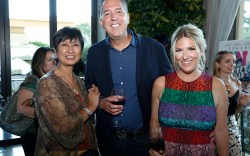 The footwear industry came out in full force for the 2019 August edition of FN Platform this week in Las Vegas. Between setting up shop and walking the show floor, shoe executives came together on Tuesday night to mix and mingle at FN’s cocktail party.

Power players from leading brands and retailers met at La Cave inside the Wynn Resort and Casino for a night of networking.

The party was sponsored by Aldo Shoes, Klarna, Footwear Distributors and Retailers of America, The NPD Group Inc. and FN Platform.

This time around, Informa revealed a new show strategy for FN Platform. The show moved its footwear communities within each corresponding lifestyle category at Magic to correspond with the “One Magic” initiative at the Las Vegas Convention Center. Footwear brands were grouped together by community on the floor and were combined with apparel as opposed to within a separate space.

In February 2020, however, the Magic shows, slated for Feb. 5–7, will be held at Mandalay Bay for one time only. With LVCC construction underway and 45 industries competing for space and dates, Informa decided to make the temporary move. Starting next August, the LVCC will become the permanent home to the shows.

Click through the gallery to see guests at the FN cocktail party.

4 Strategies That Will Help Drive Your Shoe Business Right Now