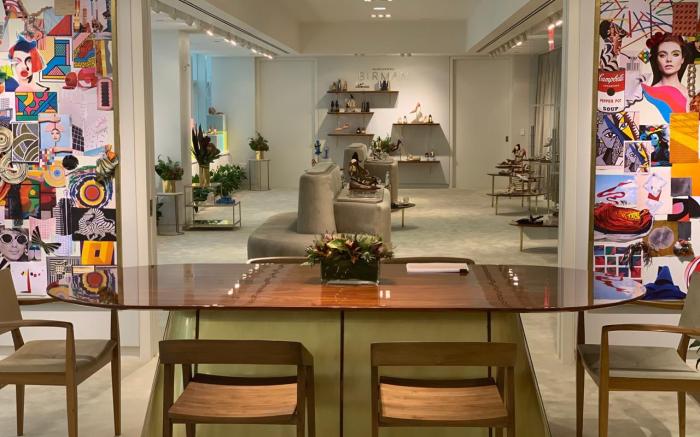 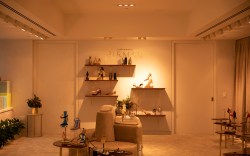 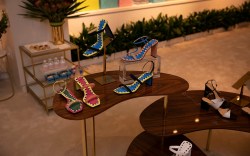 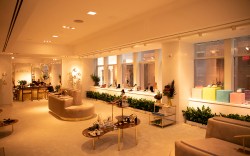 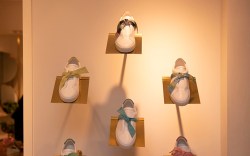 Alexandre Birman has solidified his expansion in the United States.

The designer, who opened his first store in the country last summer on New York City’s stylish Madison Avenue, has welcomed a showroom on the same storied thoroughfare, as part of parent company Arezzo & Co.’s new corporate headquarters in North America.

The Brazilian footwear empire’s new home is based at 625 Madison Avenue — also recognized as The Revlon Building, built in 1930 — and houses two of its brands: Alexandre Birman and Schutz. Ushering in the resort 2020 market, the firm gave FN an exclusive look at the office space ahead of its opening.

Each of the showrooms mimic the aesthetics of their boutiques across the world.

At Alexandre Birman, rosemary wood furniture and brass elements are found throughout the space, exhibiting a sophisticated atmosphere with mid-century accents. Green florals and plants also line the perimeter — an ode to the brand’s South American roots.

Down the hall is Schutz, which boasts a more easy-going vibe through comfortable suede couches and lounge chairs. Cement fixtures and metallic chain curtains also add an industrial feel to the location.

“We have called New York our second home for many years, but being in this space takes the business to a different level,” designer and Arezzo & Co. CEO Alexandre Birman told FN. “Having both brands and teams under one roof unites our company and creates a motivational energy to strive for more. Being on Madison Avenue anchors who we are, what we have achieved and what we continue to aspire to be.”

On the first day of the resort season, the Alexandre Birman brand met with Bergdorf Goodman, Net-a-Porter and Nordstrom, while Schutz linked up with the latter as well as Revolve. Birman’s namesake brand highlights nearly 250 pairs of shoes in the spacious showroom, and Schutz offers close to 300 pairs.

Growing from 30 employees in North America two years ago to more than 130 today, the company plans to continue expanding both its offices and staffing, which spans from corporate to retail roles.

Recent store expansions have seen the launches of Schutz stores at Westfield San Francisco and The Mall at Short Hills in New Jersey. Alexandre Birman will also open its newest flagship in Dallas come August.

“Starting market today in our new home has been incredibly rewarding,” Birman said. “To know that the business is heading in a direction that can sustain more overhead and more real estate continues to motivate our entire company to strive for more. We are making ourselves known in an incredibly competitive market and to see us continuously grow means we are doing something right and have to keep going.”

Click through the gallery to take a look inside Arezzo & Co.’s NYC headquarters.