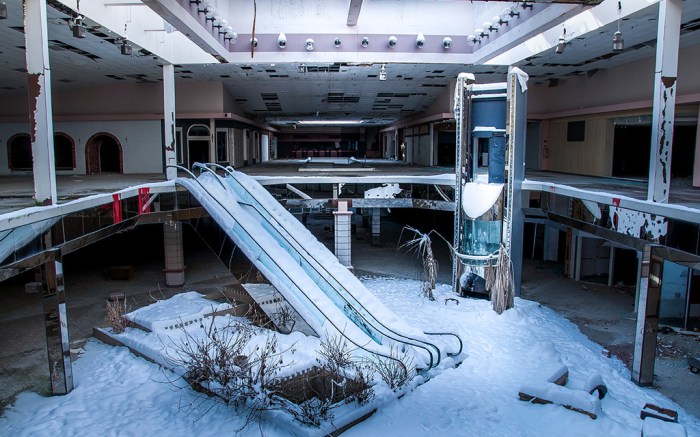 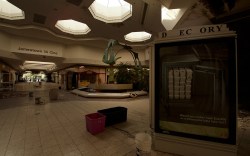 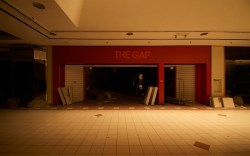 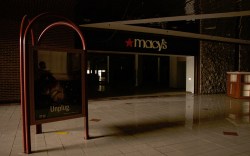 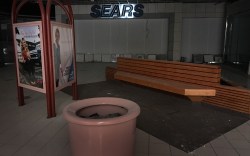 Back in the ’80s and ’90s, shopping malls were in their heyday. Across the United States, the commercial powerhouses served as a consumerist’s haven, inviting families, friends and other patrons who were looking to shop, eat or gallivant at their leisure.

But with the rapid rise of e-commerce and shifting consumer preferences, the American staple has suffered a steady decline — an observation noted by photojournalist Seph Lawless.

For nearly 15 years, the Ohio-based explorer has been documenting the demise of the long-beloved shopping center through evocative imagery of the country’s dead and dying malls. His first book, “Autopsy of America: The Journal Entries of Seph Lawless,” chronicled the industrial decline that started in the ’80s, followed by “Black Friday: The Collapse of the American Shopping Mall,” which garnered recognition on reputable global platforms including CNN and BBC News. (Lawless’ next book, “Abandoned Malls of America: Crumbling Commerce Left Behind,” is set to release this fall.)

“Shopping malls for me were a big part of life growing up in the ’80s. As I grew older, I witnessed more and more malls becoming slowly deserted and eventually abandoned,” Lawless said. “I thought the images would be a poignant reminder of how rapidly the consumerism landscape is changing.”

When did you begin taking photographs of abandoned malls?

“I started in 2005, and eventually, my body of work became so large that I started breaking up my images of ‘Abandoned America’ into themes, like abandoned amusement parks and dead shopping malls. No one has ever documented more abandoned theme parks or abandoned malls than me. I decided to focus purely on deserted shopping malls for my next published book [“Abandoned Malls of America: Crumbling Commerce Left Behind”] after the overwhelming response I received from the half-million fans across my social media platforms. I received thousands of comments and emails from my Instagram posts from people sharing with me very nostalgic memories they had of malls.”

How did social media play a factor, and when did you see your breakthrough moment?

“My art is not complete until it’s shared. That’s been my conceptual view on art since I was an art student. I knew early on that art was a weapon, and I understood that exploiting social media platforms with my art and message would be powerful. I realized that my work was breaking through after several media outlets started reporting my Instagram account in the press. It was media outlets all over the world, and I knew then that I was succeeding with my goal.”

Why do you think these photographs continue to capture so much attention?

“Shopping malls weren’t just a place for Americans to shop; they were arguably some of the largest communal spaces in America over the last century. So many Americans share very nostalgic memories of these American shopping malls that have been rapidly dying over the last few years. I get emails and Instagram comments all the time about people telling me emotional stories of meeting their wife at a shopping mall, their first job and some of their favorite stores they visited as a child at their local mall.”

What were the most notable abandoned malls you have photographed?

“The abandoned malls I’ve shot that really stood out to me were the ones I grew up in Randall Park Mall, Euclid Square Mall and Rolling Acres Mall. Ironically, all of those malls are now Amazon fulfillment centers that will be shipping my next book, showing images of those three malls as well as 20 other abandoned shopping [malls] across the U.S.”

Do you have any nostalgic memories of these malls?

“Plenty. Three of the malls I’ve shot extensively in my hometown alone are now all Amazon fulfillment centers. I remember meeting my first girlfriend there and hanging out with my friends after school. As a child, it was the only place my mom would drop me off to roam around all alone. It was liberating for kids.”

Share with us an anecdote about one of your most memorable visits.

“One of my most memorable visits inside an abandoned mall was during a blizzard. All of the skylights were shattered and snow was just pouring inside the abandoned mall. It was fascinating to be the only person in the world to witness such a rare phenomenon. The mall transformed into a real-life winter wonderland, and it was beautiful.”

What upcoming projects are you working on?

“My third published book will be out in a few months, entitled ‘Abandoned Malls of America: Crumbling Commerce Left Behind.’ All of my images are accompanied by celebrities, musicians and journalists [who] share their personal memories of shopping malls, including Actress Yvette Nicole Brown and Ronan Farrow — both longtime followers and fans of my work. I’ll also be traveling extensively to parts of Russia, Asia and South America as I begin filming my new reality television show where I will take viewers into some of the most hauntingly beautiful abandoned places in the world.”

Click through the gallery to see more of Seph Lawless’ photographs of abandoned shopping malls.

Is the Mall Dying? Four Experts Weigh In