Why Coachella Continues to Be a Huge Marketing Focus for Brands 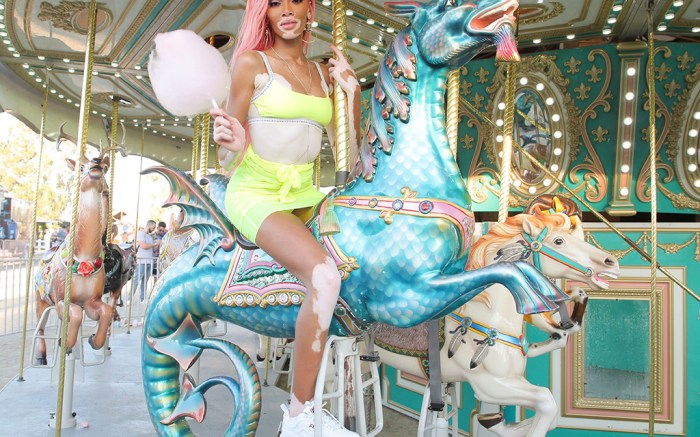 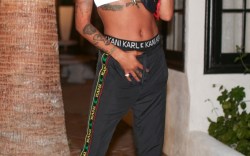 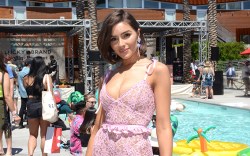 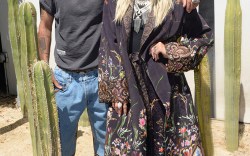 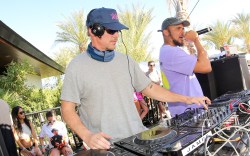 Coachella Valley Music and Arts Festival began in the ‘90s, first attracting around 25,000 visitors to see rock acts like Beck, Tool, Morrissey and Rage Against the Machine. Tickets were $50 for daily admission to the weekendlong fest. Now celebrating its 20th anniversary, the hyped event is unrecognizable from its original form. Just look at the numbers: 250,000 people attended weekends April 12-14 and April 19-21; tickets cost a whopping $429 for one of two consecutive weekends.

According to industry experts, the price tag is worth it. Coachella was named the best outdoor music festival in North America in 2018 — an honor bestowed 12 previous times by Pollstar, a longtime trade publication for the concert industry.

This year, Ariana Grande headlined both weekends, and Kanye West opened up his private “Sunday Service” religious program to the public for the first time on Coachella festival grounds on closing day.

Invitation-only activations surrounding the festival are growing and becoming just as much of an attraction as the boldface-name musicians in the lineup. Off-campus, fashion brands host over-the-top events at sprawling, storied estates or intimate parties at trendy boutique hotels, and that translates to marketing opportunities to consumers via trendsetters, influencers, media and famous faces.

To put it simply, Coachella is cool — and fashion brands want in.

According to Launchmetrics, a media intelligence company, 2018’s festival and cursory activities yielded 460,000 social media posts (70% Instagram) in its first weekend — an estimated value of more than $116 million in exposure.

“I really love the idea of reaching a vast audience you could never do like advertising in magazines like we all used to do once upon a time,” said Sheena Parks, creative director for Matisse footwear, who hosted a poolside pop-up shop and gifted influencers during the festival. “[Instagram users] are watching their favorite influencers all weekend and seeing what they’re doing, and then our e-com sales on our own site — the shoes just sell like crazy just based on that.”

“It doesn’t necessarily bring in new customers. It’s the chatter — it looks cool from a brand standpoint. You’re involved; you’re in the soup — you’re in it. It’s such an affordable way to market.”

Insta-awareness was also a part of Chinese Laundry’s strategy when the footwear brand hosted a team of fashion influencers at a retro-chic hotel, where their fans followed along as they enjoyed brunches and curated activities by the brand.

“We have seen a significant lift in terms of engagement and impressions so far and are still counting,” said Ashley Thomas, marketing director. “This is more of a brand awareness play than a sales tool. We are looking to engage new consumers with the brand and reintroduce ourselves to previous fans of the brand who may have trouble cutting through the noise.”

While measuring the Coachella effect isn’t easily quantifiable when it comes to sales, some brands see the benefits via e-com traffic from desirable audiences.

“We’ve seen a definite uptick in traffic at Luckybrand.com,” said Timothy Mack, SVP, strategic brand marketing and e-commerce. The lifestyle label, which has partnered with the Camuto Group on footwear for the last 10 years, attracted Ashlee Simpson and more influencers to its invite-only concert bash held in collaboration with Rolling Stone at Arrive Hotel. “Optics and branding are important, and Coachella is a great and fun way for us to engage with our key demographic — millennials in the 25- to 34-year-old range.”

Ccliu and Flip Flop Shops were featured in an activation called Vibefest, held by creative agency Propeller 5’s Hersh Rephun and Isack Fadlon, at the Saguaro Hotel, where influencers like Frankie Grande and WWE star CJ Perry posed with products. “We’ve definitely seen an increase in engagement and followers,” Rephun shared. “[Coachella] is definitely a marketing tool, but the ROI is the results of this litmus test: What was it like for people to engage with the brands we brought in? The results definitely inform our marketing and media strategies for those clients.”

Indeed, millennials are driving the social media conversation at Coachella as they feed their Instagram pages with envy-inducing, aspirational content.

Last year, Revolve Festival (#revolvefestival) was the top brand activation that scored the highest media value per Instagram post — just behind #coachella, according to Launchmetrics. For its fourth annual soiree, a two-day event held at the Merv Griffin Estate during the festival’s first weekend, a roster of Victoria’s Secret angels held court like Elsa Hosk, Stella Maxwell, Jasmine Tookes, Romee Strijd, Sara Sampaio and Shanina Shaik. Add to that, influencers like Aimee Song, Olivia Culpo, Brooklyn Beckham and Peyton List made their pilgrimage to see rapper 2 Chainz and Grammy-nominated singer Sza perform. Brazilian footwear label Schutz joined in with a branded soda shop on the premises.

Like Schutz, Zappos also had a presence at a complementary brand, joining Rachel Zoe’s annual Zoeasis at The Parker hotel, where the e-tailer presented apparel products to raise awareness that it offers more than just shoes. “We’re here to represent our fashion experience on Zappos.com,” a representative explained. “We have a curated list of brands and trends perfect for festival season, and we’re with the Zoe Report to showcase this.”

Amazon also seized an opportunity to tap into digital-savvy, tech-loving millennials. The online retail giant set up its Amazon Lockers on the festival grounds, where attendees were able to order last-minute products with same-day or next-day delivery. Portable phone chargers, ear plugs, sunscreen, hair ties and lip balm were among the most popular items ordered. Amazon erected a full-service facility with attendants on hand to assist with unpacking merchandise.

Similarly, American Express engaged with its members on festival grounds, as well as offsite, where cardholders and their guests were able to enjoy perks, including massages and sneaker cleaning from Jason Markk. “At Coachella, we know it’s hot and dusty, and there are not a lot of places to sit, so our Card Member Club offers an air-conditioned respite where people can enjoy comfortable seating, refill their water bottles, grab a drink and even get their nails done or sneakers cleaned,” said Brandy Sanders, VP, entertainment partnerships and experiences.

Testing consumer reactions and generating buzz behind new products is also a part of the Coachella game plan. Levi’s returned for its fourth year with its Party in the Desert held at Sands Hotel & Spa. Hailey Bieber, Emily Ratajkowski, Luka Sabbat, Joan Smalls and Wiz Khalifa were among the boldface names who supported the brand. “We garnered over 8 billion impressions this year,” said Jennifer Sey, global CMO, who added that the label presented a first look at new denim ahead of its release. “It’s a great opportunity to get our talent and media into new product so that customers can see and have access to purchase items that will be dropping later this summer and fall.”

Activations go on almost around the clock. The large-scale nighttime outdoor events that are popular among Coachella tastemakers include Levi’s-sponsored Neon Carnival — an exclusive party, held both weekends, that attracted Kourtney Kardashian, Blake Griffin, French Montana and other celebrities and influencers in its fourth year. Moschino outgrew its digs from last year’s party, expanding to a bigger location to present an immersive experience inspired by creative director Jeremy Scott’s collaboration with The Sims.

Adidas went all-out with two weekends of programing at the Zenyara Estate, where the sportswear brand hosted its Sport Club — a reimagining of founder Adi Dassler’s Sport Hotel established in the 1960s that brought together athletes and designers to engage in one place to elevate relationships. Taking inspiration from the brand’s tradition, athletes, musicians, artists and influencers were invited to enjoy musical performances, parties, food, basketball and soccer games.

“The idea of immersive experiences, communal experiences — bringing the best of the both worlds and presenting the face of the brand — is what we are most proud of,” said Jon Wexler, VP, entertainment and influencer marketing global.

“We’re just at the beginning of this journey, but we’d love for this to become something we do globally and take it all over and create the same — probably not like this Palm Springs experience — but bring it to other places,” added Christine Sheeshan, senior director, brand marketing, Adidas Originals NAM.

The Three Stripes also had a presence on-site at the Coachella festival with a surprise product release during Donald Glover’s set, where randomly selected revelers received an AirDrop message to their mobile phones that led them to a station where they were gifted his collaborative sneaker.

“That was really fun and super-innovative,” said Wexler. “It made it so intimate, one on one, getting this AirDrop. Tech is always evolving, and there are ways to look at it through the consumer lens and say, how does it matter, how does it give you that feeling? Because it’s that feeling that matters at the end of the day.”

Learn how to clean your shoes the organic way.