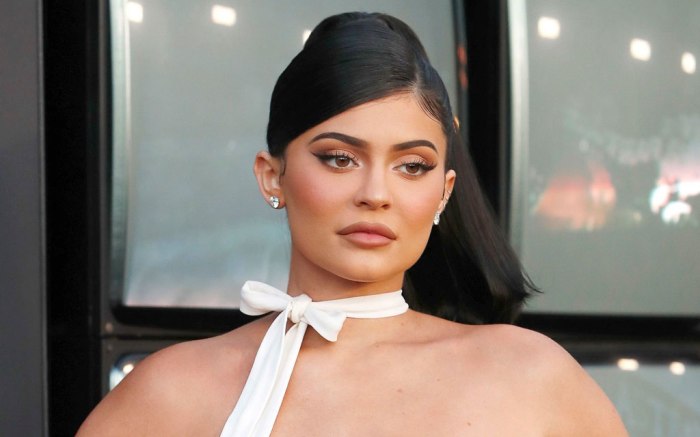 The 22-year-old makeup mogul is taking advantage of a viral video clip of herself singing “Rise and Shine” to daughter Stormi — by filing a trademark application.

Jenner filed with the U.S. Patent and Trademark Office on Oct. 17 to trademark the phrase “Riiise and Shiiinnee.” If approved, the trademark would apply to footwear and apparel, including socks, coats, sleepwear, swimwear, headwear, dresses, pants, scarves and undergarments.

While Jenner doesn’t have exclusive rights to the phrase “Riiise and Shiiinnee” yet, she’s already parlayed the meme into dollars.

On Kyliejennershop.com, the reality star offered two hooded sweatshirts, one black and one white, which featured the words “Riiise and Shiiinnee” running down the sleeves and an image of Jenner’s face on a cartoon sun emblazoned on one breast. Both hoodies, which retailed for $65, are now sold out.

Jenner’s business-minded approach to the viral video is no surprise since she was named the world’s youngest self-made billionaire by Forbes earlier this year.

The majority of the A-lister’s funds come from her namesake makeup empire, but she’s parlayed her stardom into other ventures as well, including an Adidas ambassadorship and a clothing and accessories line, Kendall + Kylie, with older sister Kendall. Additionally, Jenner makes big bucks from Instagram, earning a reported $1.2 million for each sponsored post.

The ambitious young woman also filed with the U.S. Patent and Trademark Office in May to secure the names “Kylie Baby” and “Kylie Baby by Kylie Jenner.” The trademarks were intended to cover apparel, lifestyle and skin care products.