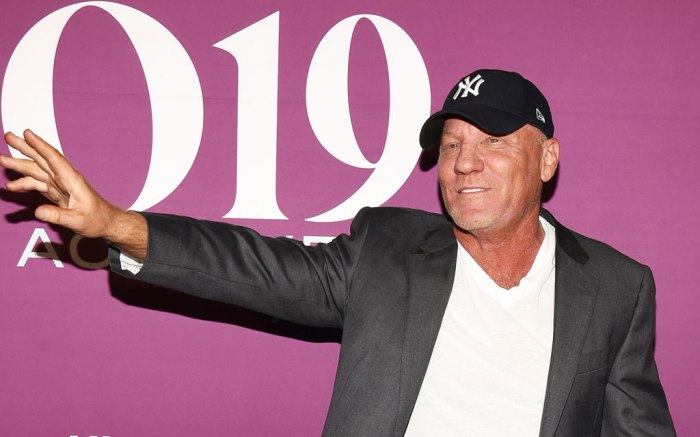 Steve Madden has achieved a lot of success over his decades in the shoe business — but when asked to think of a pivotal moment, the first thing that came to mind was a perhaps unexpected moment.

“When I got out of prison, it was a moment with a lot of energy and a whole lot of grit. It took the company to another level,” the fast-fashion mogul, 61, said on the red carpet at the 2019 FN Achievement Awards, where he is being inducted into the Hall of Fame. “Bet you don’t hear that a lot, right?” — a reference to the two and a half years he famously served in federal prison for stock fraud.

But Madden and his namesake company both bounced to next-level achievements.

At the FNAAs, Madden discussed the prevailing relevancy of his brand, which celebrates its 30th anniversary next year.

“I feel physically, mentally and spiritually in the best shape of my life,” he added. “It’s the best I’ve ever felt.”

The brand, which began in 1990, when Madden began selling shoes out of his car with an $1,100 investment, took off quickly, but the designer told FN he had a lot of luck.

“Yes, I was hard working and talented, but I was a lucky guy. And it may not have been enough if I didn’t have luck,” he said.

Billy Porter Says His Major Fashion Moments Are ‘Not An Accident’