Sole Power: How the 2019 FNAAs Captured a Defining Moment in Fashion 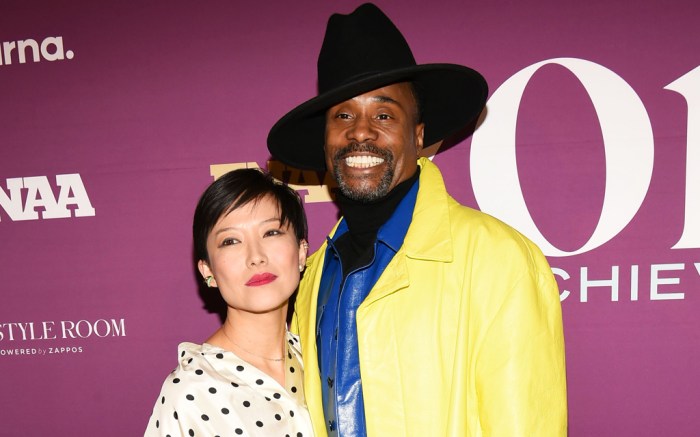 As the decade comes to a dramatic close, one thing is clear: Much-needed change has swept across the industry in 2019 — and the Footwear News Achievement Awards captured a defining moment in fashion.

While the buzzed-about event has honored the biggest shoe stars for 33 years now, the FNAAs took on heightened significance this year — bringing together a diverse group of influential players from every corner of the business on Giving Tuesday.

That theme was prevalent throughout a joyful and emotional evening — and speakers delivered important messages about passion, perseverance and standing up for what you believe in.

“I want to change the whole perception of Latinos; I want to show the world how we are fresh too,” said Style Influencer of the Year J Balvin, who wowed the crowd with both his Dior ensemble and larger message about inclusivity. (Balvin made a big impression on Collaborator of the Year Tommy Hilfiger, who intimated that a future tie-up with Balvin could be an attractive proposition.)

Speaking of powerful pairs, it would be hard to find a more determined duo than Kenneth Cole and Donna Karan, who joined forces this year to aid Haiti — a longtime passion of both executives who built cause-centric businesses long before it was trendy.

Their good friend Christie Brinkley toasted the duo and also gave a shout-out to Retailer of the Year Dick’s Sporting Goods, which took a strong, and controversial, stance on gun violence this year. “I posted [a message of support] on my Instagram when you first [changed your gun policy] and got many negative comments, so I can’t imagine what you heard,’ said Brinkley, who’s also a passionate activist.

Kim Myers, the sister of Dick’s CEO Ed Stack — who accepted the honor on behalf of his company — recalled the call she received from her brother after the Parkland, Fla. It was that mass shooting that prompted Stack and his team to make the move to change their stance. “He said, ‘Kim, this is going to be bad for us, this is going to cost a fortune. But I don’t care, we have to do something.”

Doing something is what Kerby-Jean Raymond is all about. “At the beginning of this decade I was in a very different place,” he said, recalling that at the time he worked for AT&T, was miserable and feeling unsure of his decision to become a fashion designer — a career choice his family didn’t wholeheartedly embrace.

Fast forward to 2019, and he’s now one of fashion’s most irreverent change agents. As the broader industry faces mounting pressure to radically evolve its execution of diversity and inclusion efforts, Jean-Raymond has been unapologetic in expressing his point of view.

“[This year], I experienced my first spiritual awakening and had my first public panic attack,” said the designer. “And we created over 25 jobs, mainly in the last three months.”

Screenwriter actor Lena Waithe said she and Jean-Raymond share many of the same qualities. “We are forever tethered…We live our lives victoriously. We refuse to bow or take anything less than what we are worth. Thank you for reminding us to never forget who we are and where we come from. We are royalty, and it’s in our DNA,” she said as she presented her friend with his award.

Like Jean-Raymond, Designer of the Year Amina Muaddi has also overcome many obstacles. During her acceptance speech, which came just one year after she stood on the FNAA stage to accept the Launch of the Year Award, the fast-rising star said she doesn’t take freedom for granted.

“I’d like to thank my mother for my first gift, which was the gift of freedom. It seems like a basic right, but for me to have the freedom to live the life I wanted and to do what I want for work — it is not often given to women from my side of the world,” the Jordanian-Romanian designer said onstage. During a year when more women broke through both in the C-suite and in the design world, it was a big night for female-led brands, with Paris Texas and Midnight 00 taking home emerging talent honors.

While those labels are the new ones to watch in the luxury world, Jimmy Choo creative director Sandra Choi has been making waves for more than two decades. “It’s been 23 amazing years of dedication, hard work and believe it or not, a little bit of luck,” said the designer, who naturally dedicated her award to her loyal Jimmy Choo family. While Choi has always been humble, her presenter Billy Porter loves to be front and center. Decked out in Choo heels, he told the crowd, “I grew up in a black church, and for those who don’t know, that’s a fashion show every week.”

Growing up in fashion is something Jeffrey Kalinsky takes great pride in. For the retail pioneer, family — 4 families in fact — were at the heart of his speech. The shoe veteran talked about FN’s important role in his career journey before opening up about how becoming part of the Nordstrom family in 2005 was such a huge moment for him. He then told the crowd how critical his team has been along the way, before tearing up when he talked about growing up in the shoe business under the tutelage of his late father, Morris Kalinsky. “From the minute I could hear, all talk was of the store. The store was the center of my life, our lives I learned so much without even knowing, he said, before thanking his mother, who was in the house to support him.

Kalinsky celebrates his 30th anniversary in business next year, and fellow Hall of Fame inductee Steve Madden will also mark three decades in 2020. But make no mistake, neither has any intention of slowing down. “I’m still the guy who wants to make every shoe for every girl. It’s about the shoes. It’s always about the shoes,” he told the crowd.

Lifetime Achievement Award Winner Bob Campbell, founder of BBC International, has loved the footwear business since he got his start in the stockroom of his local Kinney Shoes store, where he worked an after-school shift at 15. Now at the helm of a blockbuster company, his sharp business acumen has earned him a lot of accolades. But it’s his generosity that has earned him his highest praise. “He has the biggest heart. They just don’t make them like Bobby anymore,” Diane Sullivan, CEO, president and chairman of Caleres Inc. told the crowd.

On Giving Tuesday, there was a lot of heart — and sole — at the FNAAs.

Sponsors for the FNAAs include Klarna, Geox, The Style Room Powered by Zappos, FDRA, Micam Milano and Buchanan’s Scotch Whisky.