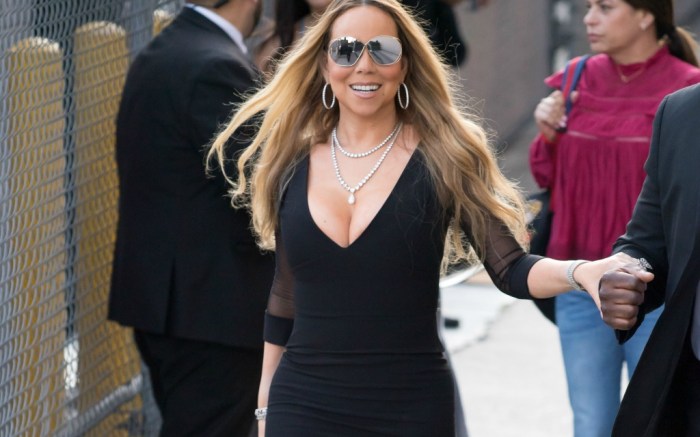 For Mariah Carey, bowling shoes are always optional when she’s playing the game.

The powerhouse singer has taken to Instagram multiple times to reveal how she and her kids tackle the sport, and every single time, Carey is rocking a pair of sky-high platform heels. Though it’s not easy to determine if  the footwear actually helped her game, at least it’s clear she’s winning on the style end of things.

If anything, Carey did mention that she almost got a strike on Saturday with her daughter Monroe Cannon while she had on her heels. “It’s a strike baby! Well, almost,” the star captioned her photo on social media.

During their mother-daughter hangout at the bowling alley, Carey paired her T-strap platform sandals similar to the affordable Michael Kors pair below with a shiny bomber jacket, a black semi-sheer top over a bralette and distressed jeans. She may have gone with a simple look, but her sexy shoes took things to the next level. They elongated Carey’s legs and flattered her overall figure, so get inspired to add the sandal style to any summer look this season.