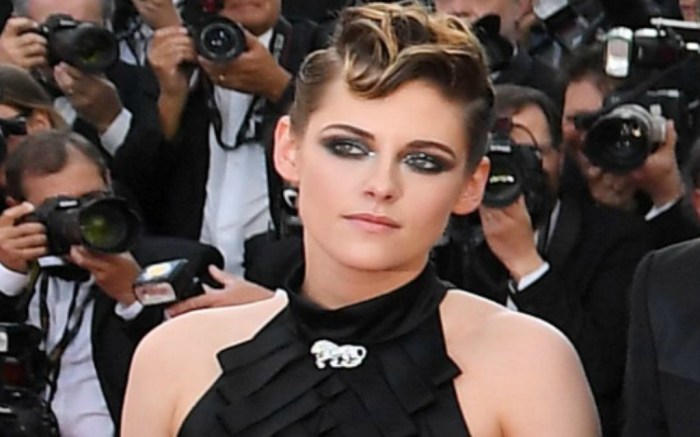 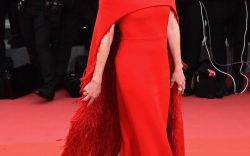 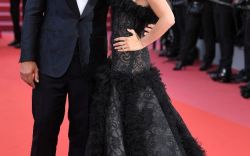 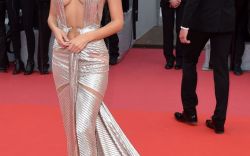 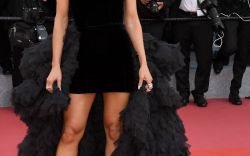 Kristen Stewart may have avoided the Met Gala madness in New York yesterday, but she has quite the itinerary as a juror in France at the Cannes Film Festival.

Today, the actress attended the festival’s opening ceremony as well as the “Everybody Knows” movie premiere, which stars Javier Bardem and Penélope Cruz. At the event, she wowed in a next-level see-through LBD and stunning Giuseppe Zanotti black sandals that perfectly complemented her dark pedicure.

Unfortunately, Stewart’s shoes can’t be found online, but the Italian luxury footwear brand has similar styles available for purchase. Zanotti’s strappy patent leather sandal seen below is comparable to Stewart’s heels, except for the thickness of each band of the shoe. However, both display powerful confidence courtesy of the stiletto silhouette.

The festival held at the French Riviera goes through May 19 with many premieres, parties and celebrations to come — which means there’s so much more fashion inspiration in store from Stewart. In addition, big industry names including Cate Blanchett and Ava DuVernay are part of the jury with Stewart, so make sure to catch their looks.