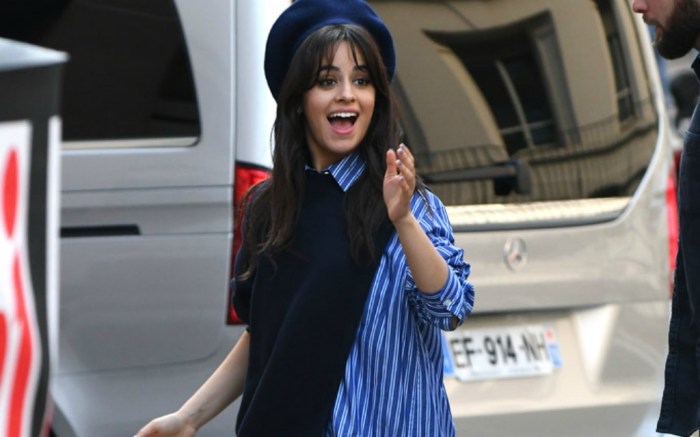 Camila Cabello was off to Paris Tuesday, where she made her way to the NRJ radio station.

The star slipped on an easygoing striped shirt dress and — in true French fashion — she paired it with a chic navy beret. Cabello continued to keep the prints going as she opted for black and white heeled booties.

Her standout shoes were reminiscent of a houndstooth pattern, but it was juxtaposed with a jet-black block heel. Though they’re not exactly like the singer’s, Rocket Dog has a similar boot available online for $46.63.

For anyone nervous about incorporating the bold Cabello-approved style into this season’s looks, at least trying it out won’t break the bank.

Plus, both colors within the shoe are neutrals, so they’ll likely work with a variety of outfits. Moreover, adding footwear like Cabello’s to any wardrobe makes a great starting point for fall. It mixes things up from the standard black or nude boot and makes any ensemble more eye-catching — which is an important thing to keep in mind once the sea of similarly colored jackets and tights start coming out next season. Be like Cabello and plan to be different.