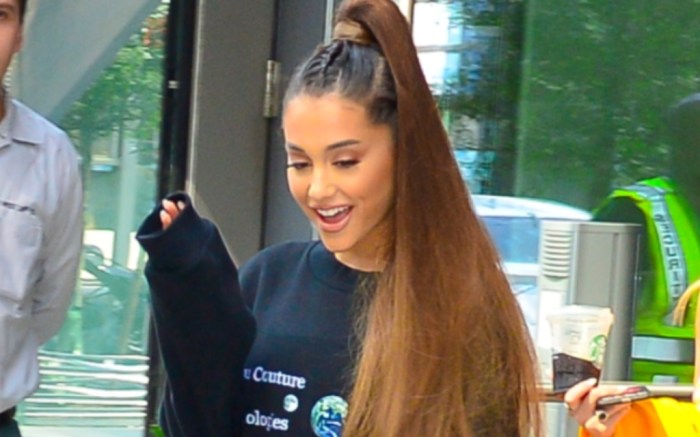 If there’s one thing Ariana Grande isn’t saying “thank you, next” to these days, it’s her favorite Stuart Weitzman thigh-high boots. Just this month so far, the Billboard Woman of the Year honoree has been spotted rocking in the chic, suede over-the-knee style on three occasions, including during a trip to Disneyland.

Earlier this week, Grande paired her go-to booties featuring an almond toe and a 4-inch block heel with leggings and a puffy oversized pale blue Karl Kani Bubble coat for a casual outing in the Big Apple.

Stuart Weitzman’s sleek Hiline boots, which also comes with a signature tie back detail, are a year-round favorite for the 25-year-old hitmaker. In June, she was photographed wearing them with a just a navy and white Reebok windbreaker while shopping with her then-fiancé Pete Davidson.

Now, the Hiline boot happens to be marked down to half off of their original price of $798. You can cop the style, which is also available in black, for just under $400.

For more of Ariana Grande’s style through the years, check out the gallery.