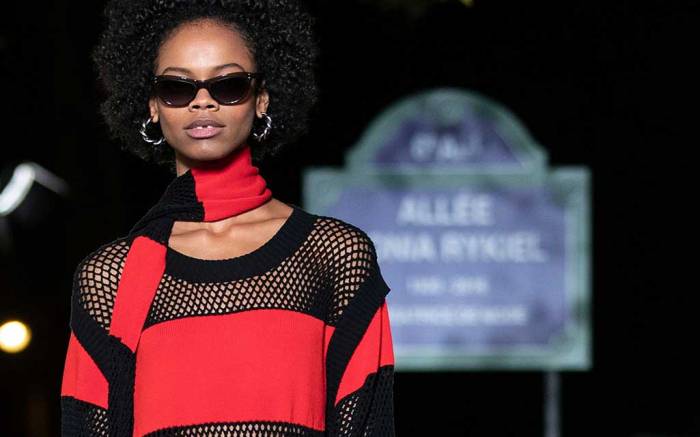 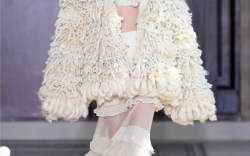 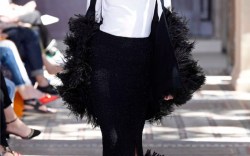 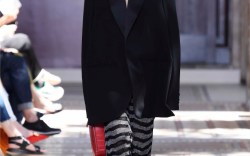 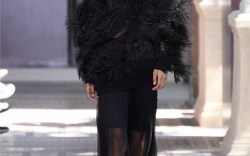 When it comes to cool runway venues, showing in your own newly inaugurated street is a pretty hard one to top. Tonight in Paris, moments after the city’s mayor, Anne Hidalgo had officially inaugurated it, Sonia Rykiel creative director Julie de Liban presented her brand’s spring 19 collection in Allée Sonia Rykiel.

The show, coinciding with the house’s 50th anniversary, celebrated languid Sunday style and featured new takes on its most famous pieces such as the stripy Marinière sweater, the trench, the pyjama suit and the knit dress. Said knit came reimagined in all permutations including sporty mesh details and panels, hand-crafted using macramé technique. It even translated into woven basket bags and slingbacks in cheerfully colored primaries.

Those mesh details also recalled the old fashioned utility shopping bags enjoying a reprise thanks to the likes of Vetements and Marine Serre. They were particularly appropriate in view of the fact that the Allée Sonia Rykiel is also the site of an organic food market, open for business every Sunday, tomorrow included.

Likewise the Marinières both evoked and matched the stripy market awnings erected on either side of the runway while elsewhere,  flatforms and scuba knit sandals were totally pavement appropriate.

Sonia Rykiel, the late founder of the eponymous house is the very first fashion designer to have a road named in her honor. The Rive Gauche locale of Allée Sonia Rykiel lies nearby her very first boutique and the Left Bank Saint Germain area that became synonymous with her joie de vivre and the liberated feminist spirit she both embodied and encouraged in her followers.