There Were Zero Sneakers on the Runway at Balenciaga Spring 2019 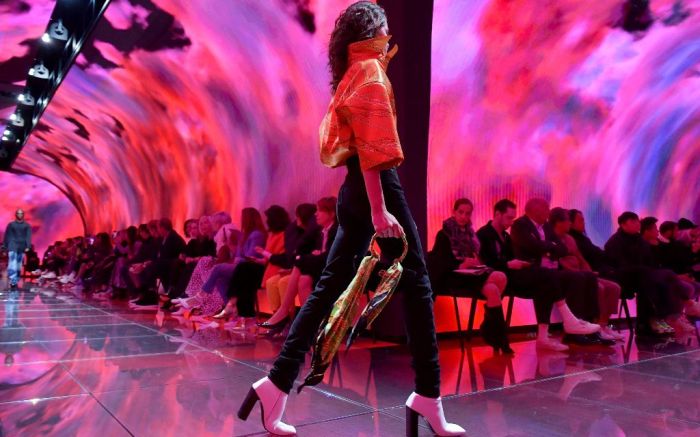 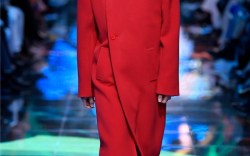 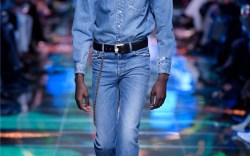 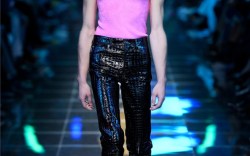 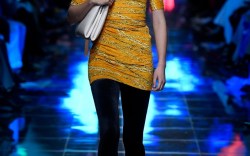 After hitting the jackpot with the Triple S and launching the Track trainer last month, it was difficult to imagine what Demna Gvasalia would follow up with on sneakers for the next season.

He didn’t. The Balenciaga creative director showed not a single sneaker on the runway for the brand’s spring ‘19 show on Sunday at Paris Fashion Week.

Instead, in a futuristic and digital media-themed show held at the Cité du Cinéma in Paris, the designer put forth a series of death-defying metal stiletto-heel pumps with oversized buckles on the uppers and more classically silhouetted pumps in primary and neon colors and basic black men’s dress shoes, all of which were paired with sharp tailored outerwear and suiting, silhouettes that he first introduced for fall ‘18.

What does the lack of sneakers in the collection mean for the brand in 2019? Balenciaga has experienced exponential growth in 2018, overtaking Gucci earlier this year as Kering’s fastest-growing brand — and much of it was thanks to the success of the Triple S. “There’s not a dinner I go to where a father or someone [doesn’t] say, ‘Stop releasing these shoes. It’s out of control; we spend too much money at Balenciaga,’ which I’m very happy with,” Cedric Charbit said at a Financial Times luxury goods conference in Venice, Italy in May.

Commercial success has been a goal since Gvasalia came on in 2015, and it’s likely that the existing sneakers will carry over into next season, regardless of their absence on the spring ’19 runway.

“When I started at Balenciaga, we started from zero with the shoes. It was a challenge,” said designer David Tourniaire-Beauciel, who works with Gvasalia to create the Balenciaga men’s and women’s shoe collections. “We said let’s be modern, different, disruptive — let’s make people happy to buy the shoes.”

Could Balenciaga’s spring ‘19 collection bring the men’s dress shoe back from the dead? If anyone can do it, it’s Gvasalia.

How to Wear Fashion Sneakers for Fall 2018