These Looks From Givenchy Are Definitely Not (Royal) Family-Friendly 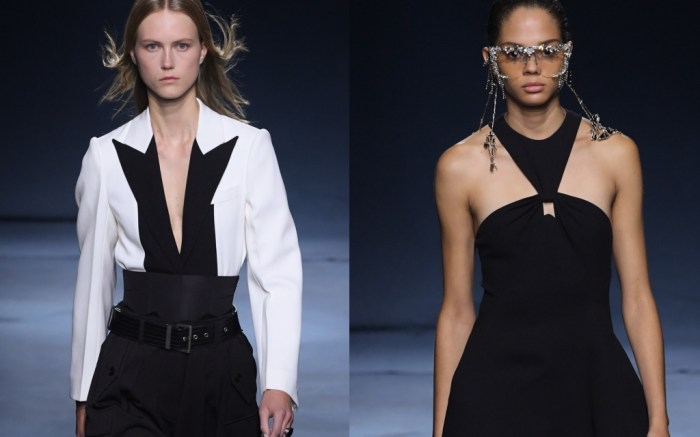 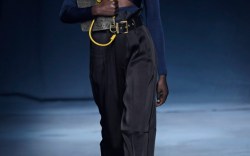 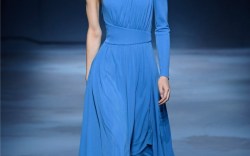 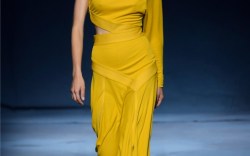 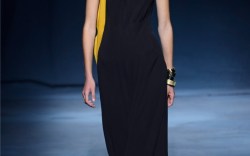 Taking as her muse the bisexual Swiss journalist, documentary photographer and traveler Annemarie Schwarzenbach, her spring ’19 collection was sexy and androgynous. Schwarzenbach has spent her life dressing as a man.

However, while nonbinary sexuality is practically normcore and genderless dressing has been a huge theme this season — notably at Hedi Slimane’s all-new Céline — both certainly caused some eyebrow-raising in the 1930s. Waight Keller’s models, often sporting boyish crops, showcased similar looks including boxy high-waisted safari pants and plunging tuxedo jackets.

Footwear, too, played on the tuxedo theme and bicolor pumps featured graphic deep V silhouettes. And while they admittedly exposed rather less than a strappy evening sandal, the plunging cut appeared somehow more revealing. Either way, a little de trop for an official royal engagement.

As for that gorgeous sculptural pleating on the more red carpet-inflected looks, while that might just about pass muster in royal circles, the cutouts and peekaboo details would be most unlikely to amuse.

In terms of the aesthetic, Waight Keller picked up right where she left off for fall ’18, evolving the raw sexuality of the Berlin Club scene. But actually, her refusal to deviate from that aesthetic and play up her royal connections proves that she was definitely the woman for the job.