Dior Is Bringing Back the Ballet Flat for Spring 2019 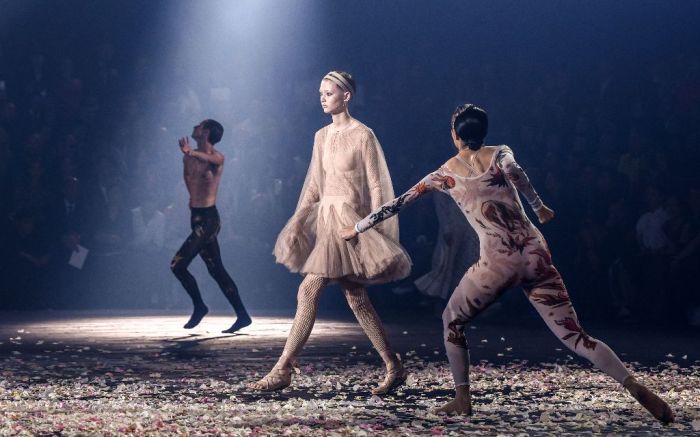 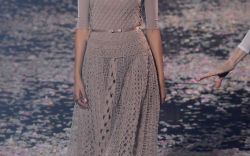 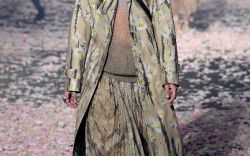 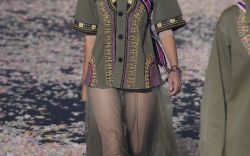 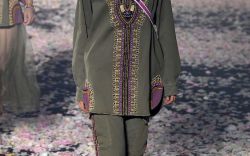 Maria Grazia Chiuri made a compelling case for the return of the ballet flat at Christian Dior’s spring ’19 runway show on Monday, which kicked off Paris Fashion Week.

Not that the shoe has ever gone away (as most women likely still keep a version of the flat shoe in their closets), but the loafer, slipper or a hybrid of the two have reigned as the flat shoes of choice for most (you can thank Gucci for that).

Chiuri did the most literal take that she could on the dance theme, starting with the show. It opened with a singular dancer, centerstage and clad in a leotard, performing a contemporary sequence in slow motion while rose petals fell around her in the spotlight. She was eventually joined by a co-ed troupe, which performed a short number before the models walked out.

“The experience of dance, its most intimate truth, the fact that it is a means of universal expression, and the radicality of the gestures of contemporary dance have all stimulated my imagination,” wrote Chiuri in the show notes. The performance was intended to highlight the intentional but easy movement of the body, and it was also the best way to describe the collection that Chiuri sent out after it. Ready-to-wear was made up of balletic staples like bodysuits, tanks, light jumpsuits and tulle skirts and ballerina dresses, though there were also plenty of Chiuri’s signature flourishes, such as tribal prints on army jacket, tie-dye on denim and, of course, the ultraembellished tulle A-line evening gown, perhaps the designer’s most famous and repeated design.

On-foot, there were the aforementioned ballet flats, but they were done in a deconstructed manner. Gone were the rigid heels and soles that most commercial walking-intended ballet flats usually feature; instead, the shoe was treated as a soft wrap. Some covered the entire foot, but there were also sandal versions with open toes that wrapped around in an athletic neoprene material in the same way a ballerina would dress her feet before going en pointe or a gymnast would wrap her ankles before balancing on a beam (ankle ties were done in grosgrain ribbon). Some of the shoes also had a clear perspex mini wedge heel, which gave the models the impression that they were comfortably walking on their toes (but not en pointe).

There were also sneakers, which looked like a cross between a jazz shoe and one of Nike’s dance trainers and suggested that the idea was about more than just ballet or even contemporary dance. Overall, the collection showed an elegant athleticism — an idea that feels completely foreign in fashion right now but one that is in dire need of addressing, as athleisure’s streetwear and “professional” attire seem at opposite ends of the wardrobe spectrum. Chiuri’s collection simultaneously suggested that athleticwear need not be a pair of Lululemon pants and a clunky pair of sneakers, while occasion dressing could stand for more easy movement to it to accommodate the athleticism demanded of women today in everyday life. It’s also a message that keeps with Chiuri’s feminist missions.

One can’t help but think of how Serena Williams would wear this collection, especially after her tutu appearances at the U.S. Open. “Willing to design dresses for her for life,” wrote Virgil Abloh in an Instagram post after the tennis star wore his Off-White tutu in August. Perhaps Chiuri also has her eye on the athletic powerhouse. Who else could better demonstrate the idea that there is absolute grace in powerful movements?