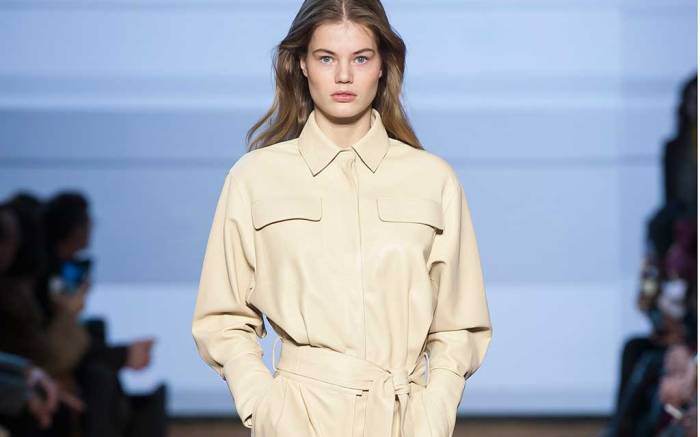 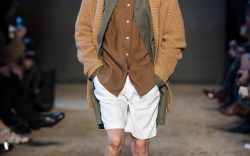 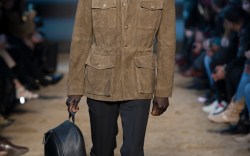 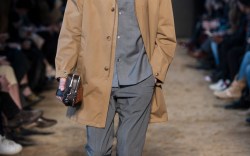 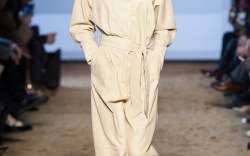 Massimo Dutti is the latest high-street label to join the ranks of H&M and Victoria’s Secret and present a collection on the runways of Paris. The show, held yesterday at the Palais de Tokyo, was hashtagged #MarfaToParis (Marfa is a city in Texas known for its minimalist art exhibitions.)

The Spanish label — part of Amancio Ortega’s Inditex group, which also owns fashion retailer Zara — turned the Palais into a Texan desert, complete with a sandy runway and scenic views broadcast on giant screens. Said theme was not without its irony. Over the last couple of weeks, the City of Light has been experiencing its heaviest rains of the past 50 years, causing rising Seine levels, evacuations and Metro closures.

“Paris is the capital of fashion,” said Inditex executive Jean-Jacques Salaün on his company’s decision to stage a show in the city. As for the Palais de Tokyo location, it’s because it’s “emblematic of Paris.”

The show’s digital format, he said, reflected the Inditex group’s integration of its in-store and online retail propositions. “You can order online or via in-store iPads and pick up your purchases in-store.” He cited “colossal investments” in the group’s Internet development: “I’m the first person to be surprised by the speed with which we are moving; it’s extraordinary. The company is constantly evolving, and we will continue to go fast.” This writer, for one, can certainly vouch for the group’s seamless order and delivery system.

Influential frowers included Giorgia Tordini, one half of the Attico design duo and Parisian It-girl Jeanne Damas. With her label’s Milan Fashion Week show fast approaching, Tordini was in town only for a hot minute. “We have a lot going on right now,” she said. “We’re also doing a pop-up at Larusmiani on Via MonteNapoleone, plus a small capsule using their fabrics.”

“Paris isn’t just about haute couture,” said Damas. “You see fashion in the streets everywhere so it’s logical [for a brand like Dutti] to stage a show here.” Well, if Dior can decamp to the Californian desert for its resort ’18 production, then why not?