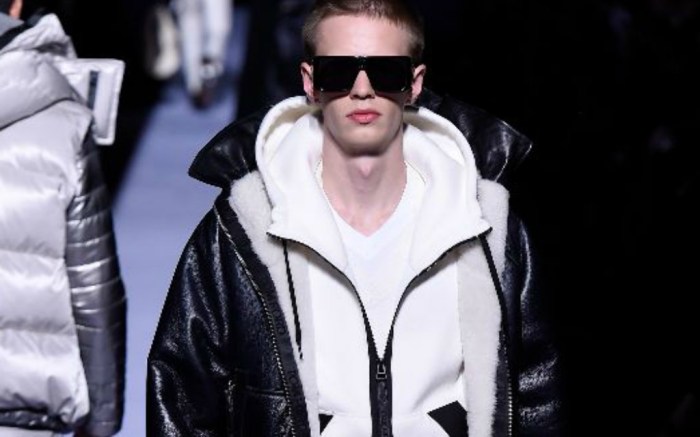 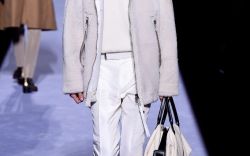 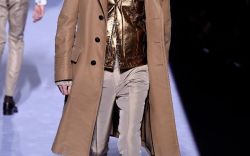 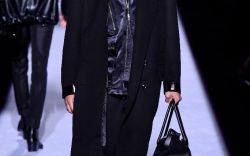 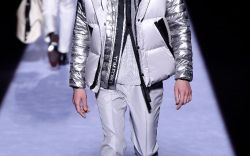 Leaving one’s socks on is a well-known no-no for guys looking to . . . impress. But leave it to Tom Ford, international man of sex appeal, to counteroffer the bedroom rule.

He closed his fall 2018 men’s show with models donning nothing more than statement undies (in metallics, animal prints and more), which served as the debut of his men’s underwear collection, with simple woolen socks in shades of nude and black. After a women’s pre-fall season full of socks and hosiery, the showing suggests that fall 2018 is quickly becoming sock season, too.

Socks weren’t the only footwear advice that Ford suggested. The designer started the show with an assembly of hybrid sneaker-loafers, in shades of suede with tassels and thick rubber soles. Paired with the designer’s supple leather jackets, it was a clear daytime look but also one that could be co-opted for evening wear.

The night was also high on shine, both on the runway and in the front row: Guests like Trevor Noah, Cordell Broadus and Russell Wilson donned Ford’s signature dinner jackets in metallic brocade, while wilder versions were shown in rose gold foil and gold metallic thread.

Paired with slick Chelsea boots in silver, gold and python, the result was a classic Tom Ford statement look all around.

Scroll through for Tom Ford’s fall 2018 men’s collection at NYFW.