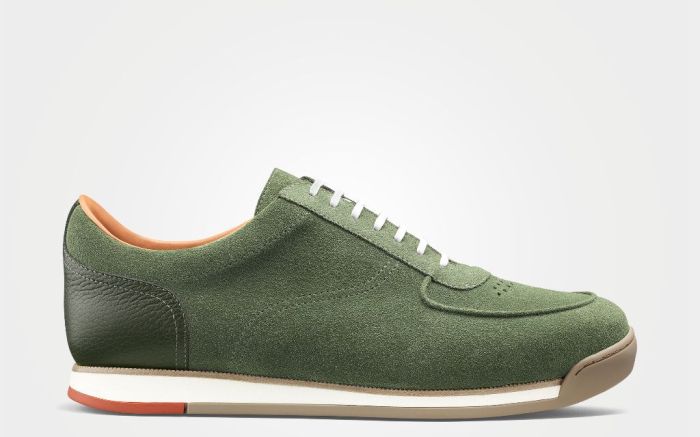 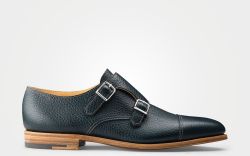 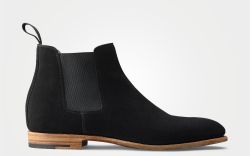 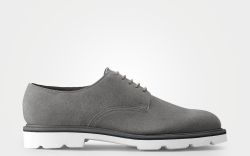 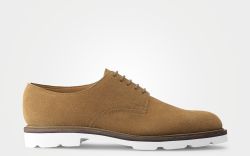 “With John Lobb, I always start a collection with a walk,“ said creative director Paula Gerbase. “I find a location I’m interested in and then trace a walk and take pictures, which I bring back to the product development teams. The leathers start with the pictures I take at that site.”

The loden greens, burnt umbers, tobaccos and indigos of her spring ’19 leathers and suedes took their palette from the granite tors and grassy coastline surrounding Minions, the highest village in Cornwall, Western England.

Since joining John Lobb, Gerbase has embarked on a quest for lightness while respecting the shoemaking tradition and core DNA of the British heritage brand. For spring, she’s redeveloped the Lopez loafer with a contrast white sole in EVA rubber, hand-painted rim and colored welt to match the upper.

The Porth sneaker comes with a gum sole. “I wanted to create something that looks like a sports shoe from a distance,” she said, “but when you break it down, its leather welt, apron and brogueing mean that it’s actually very traditional.”

Conversely, more formal styles, like the William with its double monkstrap, appear traditional on the surface but are unlined and come with tensile soles — meaning they are ultralight and collapsible to boot.

However, despite the tensile construction, they are still made in the traditional Goodyear technique, she explained, — all 190 steps of it — but every component is lighter, more flexible and more supple. “So much of John Lobb is what you feel,” she observed, “rather than what you see from the outside.”