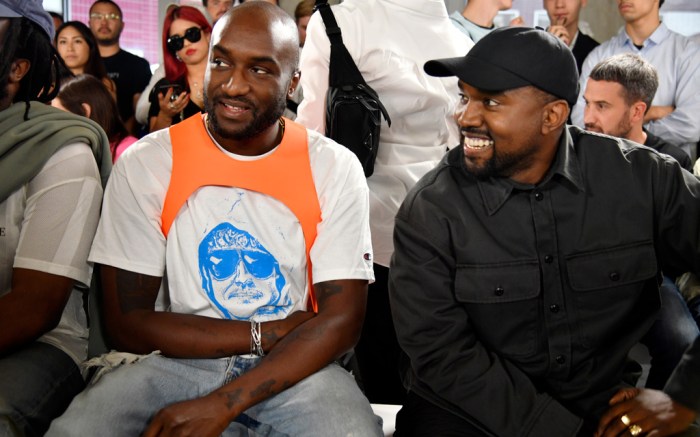 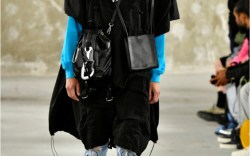 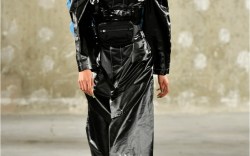 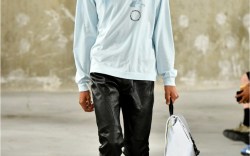 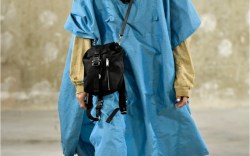 Not many designers can say that Kanye West and Virgil Abloh attended their first show. But tonight in Paris the duo sat front row as Alyx’s Matthew Williams made his runway debut.

The designer, who launched his line in 2015, was a former creative director for West and Lady Gaga and has also collaborated with Abloh on the latter’s Been Trill collective. He is known for his utilitarian safety buckle hardware, which finds its way onto everything from holsters to shoes.

His spring ’19 collection featured two footwear collaborations — with Nike and hiking specialist Vibram. Shoes were a mashup of a Nike X MMW Free Trainer 3.0 with a removable Vibram outsole you can whip off the make a fast exit.

“I’ve been working on it for a year and a half,” he told FN backstage when West also popped by to offer his congratulations. This first show, he said, “is a culmination of the past years of work and represents everything that we’ve done up until now.”

The Chicago-born, California-raised designer got into fashion via the music world where, he started out as a costume designer.

Yesterday he also collaborated with Kim Jones for the latter’s debut show for Dior Homme. He designed a metal buckle featured on some of the accessories. “Kim and I have been friends for almost ten years and he really mentored and motivated me to start my own brand,” he told us. “We’d been talking about collaborating for a long time so when he got Dior he gave me two months to make the buckles. We both work in quite a similar way, keeping our friends around us.”

Click through the gallery to see the full Alyx spring ’19 collection.