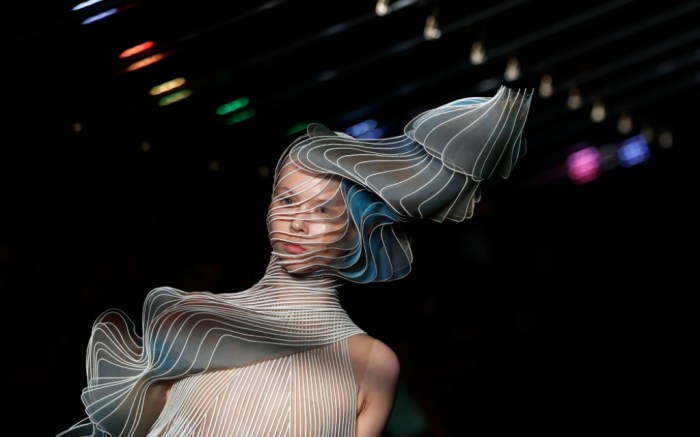 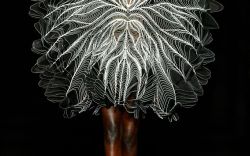 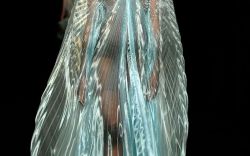 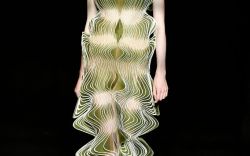 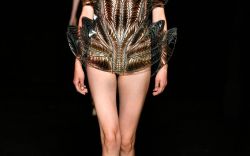 Paris Haute Couture Week took flight with Iris Van Herpen’s show on Monday. Down the runway, a flock of 17 stunning looks inspired by the movement of birds in flight was reimagined by the Dutch designer.

Van Herpen looked to her past as a dancer to take cues from the artistry of motion. “The transformation within movement has hypnotised me,” Van Herpen told Dezeen.com. “For this collection I looked closely at the minutiae of bird flight and the intricate echoing forms within avian motion.”

The shoes had subtle nods to the animal kingdom, too. Sandals done in bordeaux had a cascading silhouette that flanked the ankle with skin exposed at the toe and mid-foot. The symmetrical reference to wings was not lost. Another treatment to the footwear, in taupe and black, included pleated sandals with buckled straps and an exposed mid-foot and toebed.

Famous Faces You Might Have Missed at Paris Haute Couture Week

7 Things Everyone Was Talking About at Paris Haute Couture Week