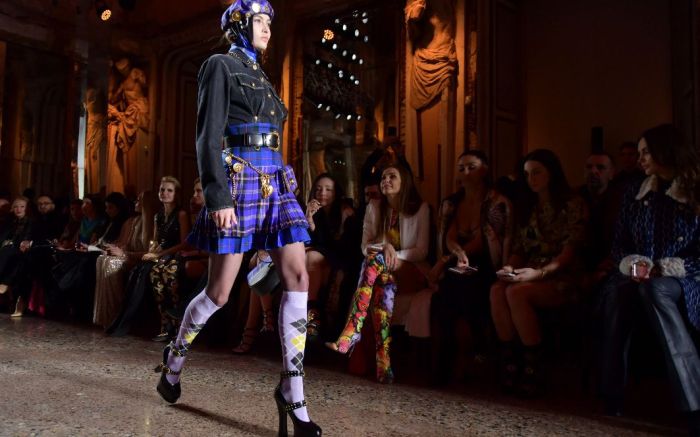 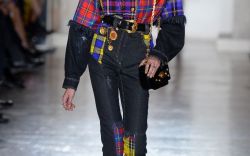 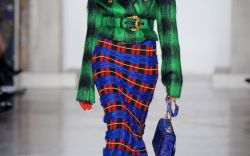 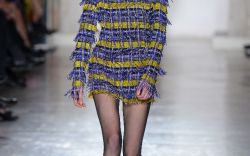 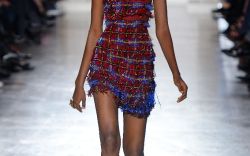 Versace is in the midst of a retrospective. This year the brand is celebrating its 40th anniversary — a milestone that Donatella Versace celebrated in September with a supermodel blast from the past for the spring ’18 collection, which included Naomi Campbell, Cindy Crawford, Carla Bruni, Claudia Schiffer and Helena Christensen. Factor in last summer’s 20th anniversary of Gianni Versace’s death — and the FX show “The Assassination of Gianni Versace: American Crime Story” that followed — and it’s clear that the Italian fashion house is in a nostalgic phase.

The fall ’18 collection felt like another throwback to the mid-’90s, one that was just as much a part of the decade’s pop culture: Models walked the runway wearing various tartan plaids in primary colors that called to mind the fabulous wardrobes of Cher Horowitz and BFF Dionne Davenport in the cult ’90s film “Clueless.” Pleated kilt skirts, checked blazers and even a few berets were paired with knee-high socks, platform loafers and chunky ankle boots (along with a few open-zippered slouchy leather boots).

The tartan mania also happens to be a big trend that’s carrying over from spring to pre-fall to fall ’18 (plaid has already hit the runways at Fendi and Michael Kors). Versace completed the look with strong footwear that included white argyle knee-high socks that Cher would surely wear.

Click through to view the entire Versace fall ’18 collection.