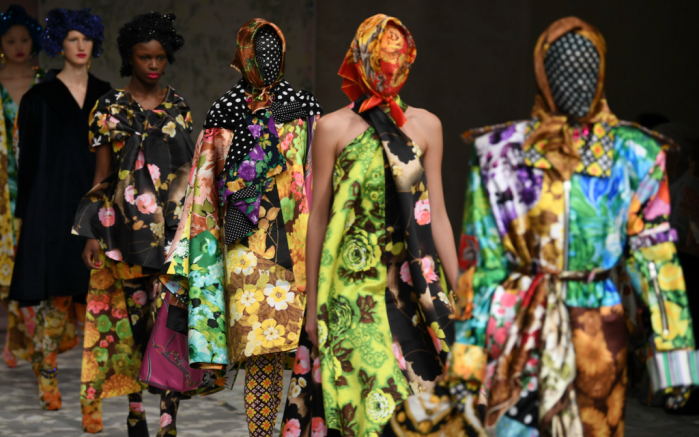 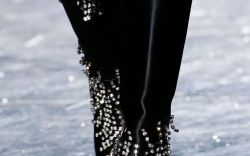 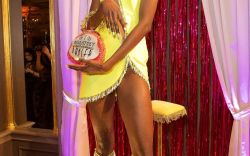 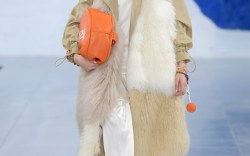 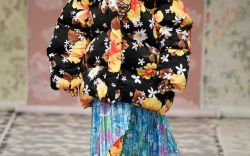 These are the hottest London shoe trends you will be wearing next season. However, with see-now-buy-now continuing apace, two of them are already available on the high street.

If this trend were a drink it would be an extravagant cocktail involving at least six shots of assorted spirits plus a tequila chaser. Fortunately the shoe version has fewer calories and less chance of a hangover but it’s just as likely to have you dancing on the table after hours at Mayfair hotspot Isabel’s. Introvert types might want to sit this one out, but if you’re ready to unleash your inner magpie then feast your feet on Christian Louboutin’s high octane dazzlers at Halpern, Richard Quinn’s spectacular prints and the multicolored chandelier boots at Christopher Kane.

Fall’s love affair with color is born from a reaction against the anxieties of modern life. Whether your fears are for the greater good and it’s global politics that are keeping you up at night, or simply the fact that you’re one of the few people who hasn’t been allegedly molested by Harvey Weinstein (and what this says about you), banish the blues with your footwear. Come fall, you can try Nicola Formichetti’s Nicopanda sneakers with their multicolor soles and laces, those yellow Malone Souliers boots at Roksanda Ilincic, and Roker’s primary-striped moto versions at Richard Malone. Otherwise get in early with Burberry’s see-now-buy-now rainbow sneakers.

Call it the Raf Simons effect, but there’s been a clatter of hooves on the horizon for a couple of seasons now. That’s the time it takes a big idea to gain ground. Expect the western trend to ride full throttle for fall ’18 and likely spring ’19 as well before slowing to a trot. So if you invest now, you’ll get a lot more bang for your buck. We loved both Rejina Pyo’s traditional boots and also her cowgirl lite shoe versions. Simone Rocha’s monochrome take felt ultra fresh, David Koma’s metal toecaps fierce and at J.W.Anderson, whip stitched styles had a homespun “Little House on the Prairie: vibe.