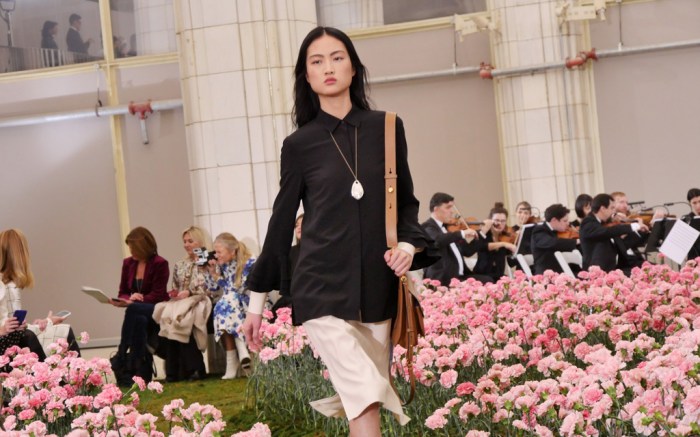 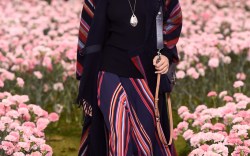 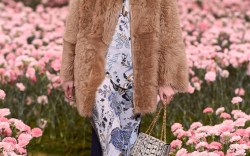 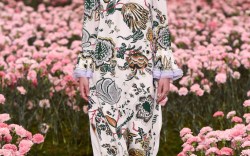 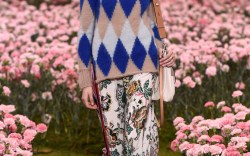 Tory Burch may have been the queen of the ballet flat a decade ago, but you wouldn’t know it from her fall ’18 show, which she held today in New York in the airy, light-filled Bridge Market under the Queensboro Bridge (a former grocery store that has been renovated into a landmark). The location may not sound posh, but the looks (and shoes) were: The designer opted for only one shoe style for the entire show: a croc-embossed, pointy-toed high-heel bootie with a subtle menswear feel. About half of the looks were paired with a white version of the boot, while the others came in muted bubblegum pink, tan, mahogany and black colorways.

The booties are a departure from the fuzzy shearling sandals and slides that Burch included in her pre-fall collection (the shearling-lined sandal being a major push for the brand in May). The show was not without coziness, though: The polished boots, especially in white, contrasted with various fuzzy shearling coats and even shearling-lined parkas, which were layered over classic fur coats.

Floaty, floral dresses and long skirts were also present — a signature of Burch, who was inspired by Lee Radziwill this season. “Feminine layers mixed with classic tailoring, a modern take on chintz, and contrasts of texture and print. Accessories carry these ideas through in bags and pointy-toed shoes,” the designer wrote in her show notes.

Click through the gallery to see all the looks from Tory Burch’s fall ’18 collection.