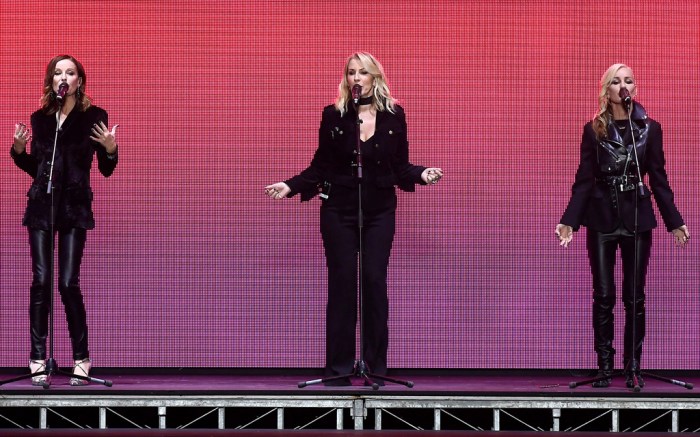 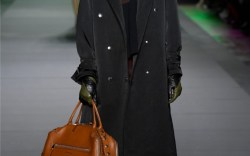 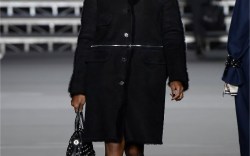 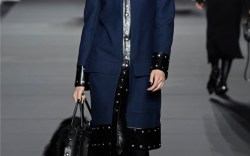 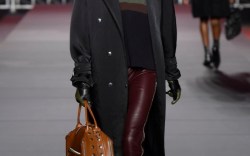 Sonia Rykiel artistic director Julie de Libran is evidently a fan of ’80s music: She had girl group Bananarama perform at Sonia Rykiel’s 50th anniversary show tonight in Paris. The trio made up of Sara Dallin, Siobhan Fahey and Keren Woodward appeared on stage at the end and played out the finale with their hit cover of “He Was Really Sayin’ Somethin’.”

They performed in front of a giant screen broadcasting Rykiel’s famous signature stripes while the Rykiel girl gang pranced en masse down the runway and a massive glitter bomb exploded above their heads, showering the model cast with a rainstorm of multicolored foils.

But back to the collection. The show opened with a living breathing stripe consisting of four girls clad in head-to-toe furry looks (giant yeti boots, included), each in a different color.

“This collection is not an homage to, but an honoring of the spirit of Sonia Rykiel, a spirit that encouraged women to live their lives creatively, individually, and out loud — and that includes me,” wrote de Libran in the show notes.

“The spirit of post punk, new wave and pop was quite an influence for me growing up… this was when I discovered how to express myself as somebody who is quite shy, this was how I found my voice and spoke,” she continued.

Fierce studded ankle boots with kitten heels paid homage to the ’80s as did the soaring over-the-knee iterations done in crushed velvet. Exaggerated teased-out ‘d0s, resembling that of house founder Sonia Rykiel herself, were also a nod to the decade.

Although there was only one striped look in the show itself, stripes were everywhere else and guests entered the Ecole des Beaux-Arts venue via a neon striped gallery. Artist Langley Fox got the memo — she arrived wearing stripy slogan socks, where one read ‘Mother’ and the other, well, you’ll have to gress.

“They’re really inappropriate, but really fun,” Fox told FN. “It was funny because I was wearing them to the fitting yesterday (she had been dressed by the brand for the show) and the designer was like, ‘You have to wear them tomorrow.’ And then when I walked in, I thought, ‘I get it now.'”

Sonia Rykiel would have, no doubt, been proud.

Click through to view the entire Sonia Rykiel fall 2018 collection.