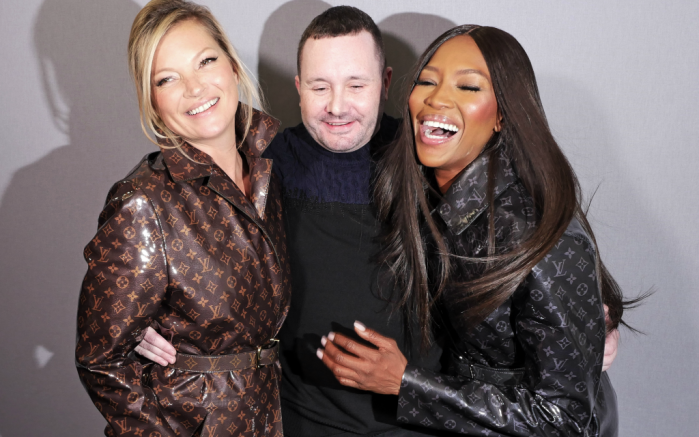 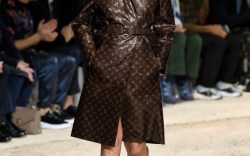 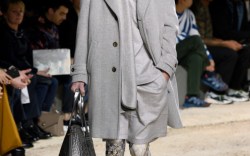 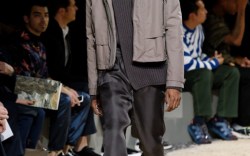 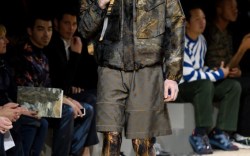 For his swan song, Kim Jones tapped ’90s supermodels Naomi Campbell and Kate Moss to close out his fall 2018 show at Paris Men’s Fashion Week, his last for Louis Vuitton. Cheers rang out as first Campbell and then Moss took their turn on the runway, reaching fever pitch as the duo accompanied Jones for a final lap.

“It’s about clothes that can change, about fabrics that can travel on the body – and transform,” Jones wrote in the show notes. “Discovering something new. A constant voyage.”

All-terrain footwear was created with travel in mind and Jones even invented a new hybrid: the cowboy-hiker boot. With everyone now doing the sneaker-hiker style, the designer once again proved he can always be trusted to remain one step ahead of the pack.

Hiker-style soles came with rodeo-inflected uppers where Western embroidery was collaged with luxurious python skin, high shine Louis Vuitton-embossed monogram and finished with a futuristic titanium glaze. High-shine python was also applied to a couple of sneaker looks, a new season reboot of a style first proposed in 2015.

Runway aside, the front row was studded with stars, including David and Victoria Beckham and son Brooklyn, Joe Jonas, Balmain’s Olivier Rousteing and Virgil Abloh, whose appearance fueled speculation as to whether the Off-White designer would succeed Jones as creative director for Louis Vuitton menswear. As for Jones’ next move, we’ll have to wait and see. Either way, this was some send off.