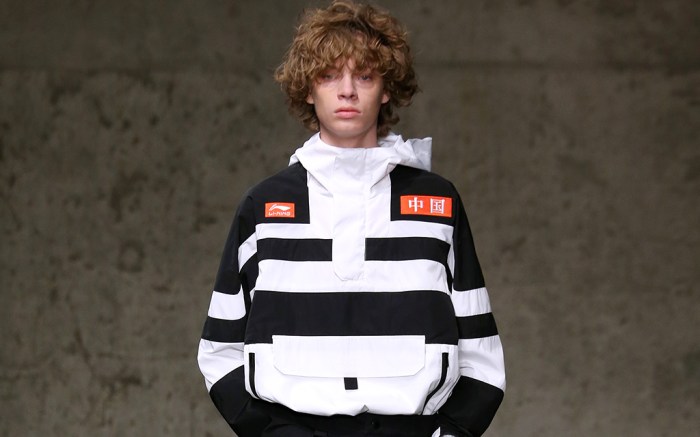 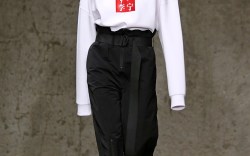 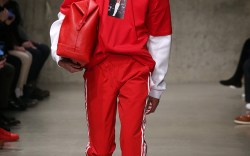 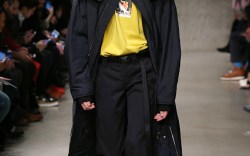 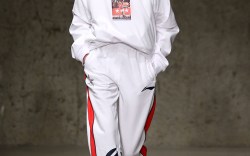 Although Li-Ning has been around since 1990, the label hasn’t presented its more fashionable sneaker looks formally stateside. But that changed today, as the Chinese athletic brand made its New York Fashion Week debut.

Li-Ning showcased its fall ’18 collection at the Skylight Modern this morning, part of the new TMall China Day, which featured presentations from several renowned Chinese designers. The theme of the label’s line, Li-Ning stated, was the “tension between past and future, man and nature.”

The brand unveiled several athletic-inspired sneakers on the runway on its models, which included many that are on par with the blistering hot dad-shoe trend of the moment. Numerous silhouettes presented boasted chunky looks — think the Yeezy Wave Runner 700 and Desert Rat 500, New Balance 990 and Balenciaga Triple S.

Aside from the dad-shoe look, Li-Ning also showed off its take on the current popular sock-shoe trend (i.e. Balenciaga Speed Trainer). Models walked in the Wade Essence II, which is available online now via aliexpress.com for $115.

The brand executed all of its sneakers throughout the show with a compelling color palette range, delivering some of its styles in bold colors on uppers, paired with white midsoles, while others featured neutral tones and eye-catching silver hues, and some were shown in their monochromatic iterations.

Click throughthe slideshow below for a look at the best sneakers Li-Ning had on display for its New York Fashion Week debut.