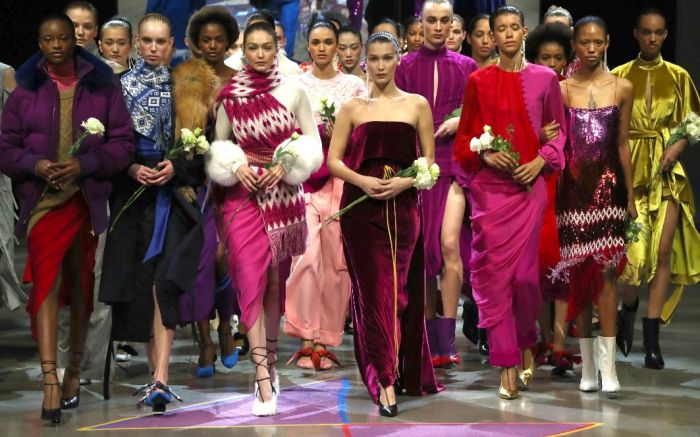 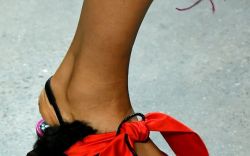 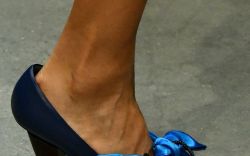 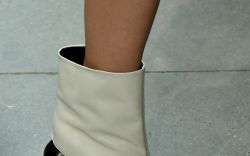 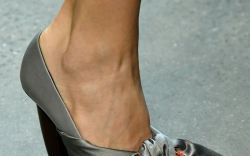 In the wake of the #MeToo and #TimesUp movements on Hollywood’s red carpets — and the somber black (and sometimes white) dress codes that have accompanied them — Prabal Gurung is suggesting color, and plenty of it. The designer showed a rainbow of rich hues at his fall ’18 runway show Sunday night at New York Fashion Week, most of which came in pink and red tones inspired by the matriarchal Mosuo tribe of China and the Gulabi Gang of India, which both wear pink.

There were plenty of red carpet-worthy gowns in the collection, including a deep purple and magenta sequined dress and a rich red velvet strapless gown that Bella Hadid wore to close the show (her sister, Gigi, opened on the runway in a fuchsia skirt, white fur-trimmed top and a massive knit shawl wrapped around her, sari-style, paired with shearling stacked-heel pumps).

The sisters closed the show with the rest of the models behind them, all holding white flowers in their hands (a gesture that started a few weeks ago with white roses at the Grammy Awards).

The Hadids may have been the buzz of the show (along with a star-studded front row that included Cardi B and her fiancé, Migos’ Offset, plus Huma Abedin, Laverne Cox, Whoopi Goldberg, Olivia Palermo, Rachel Zoe and Tarana Burke, founder of the Time’s Up initiative), but the footwear was equally deserving of applause:  There were plenty of architectural heels with round and rectangular shapes, which doubled as sturdy stacked heels and were paired with leather ankle boots or pumps with lace-up accents. The effect was both feminine and powerful.

There were also lower-heeled stacked pumps outfitted with oversized bows and two-tone ankle boots. A few of the styles incorporated fuzzy shearling uppers and ankle accents. With their sturdy, sensible heels and meaningful hues of pink and red, the shoes were just as much part of Gurung’s feminist message.

Click through for a closer look at all the shoes from Prabal Gurung’s fall ’18 show at New York Fashion Week.