Vetements Is All About the ’90s Platform Sneaker for Fall 2018 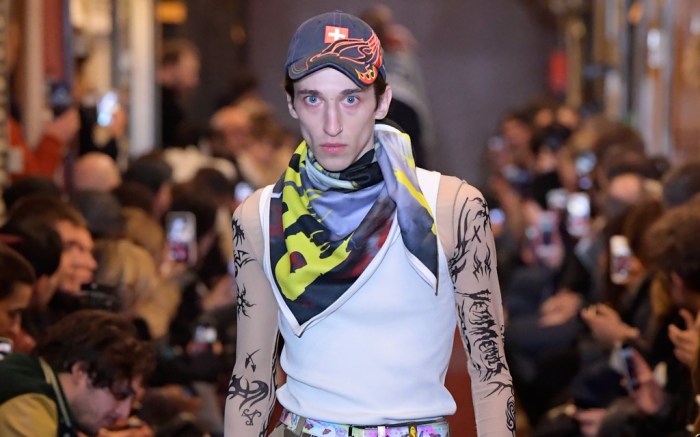 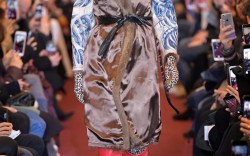 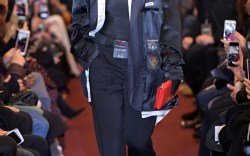 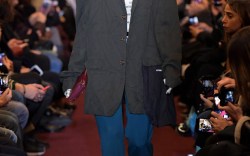 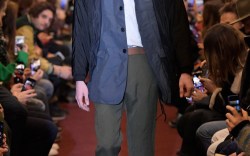 The ’90s platform sneaker is back, and designer Demna Gvasalia is making sure of that with a collaboration with London-based sneaker brand Swear, which made its debut on the Vetements fall 2018 runway at Paris Fashion Week.

“My idea for this collection was to make my own adolescent fashion dreams come true,” he told FN backstage after the show. “I dreamt of having them, but they weren’t available where I grew up.”

With all things ’90s taking center stage, it was only a matter of time before Swear had its turn in the spotlight. The shoes came in black and white, in both high top and boot models, emblazoned with the Vetements logo and finished with reflective accents that lit up from the flash of cameras.

The show, which was presented in Parisian flea market Saint Ouen, also saw a reprise of Gvasalia’s ongoing partnership with Reebok, with its chunky-soled designs rivaling that of Swear’s. There were also slides and boots stamped with the word “passport.”

But sprinkled among the line-up of chunky sneakers were cloven-toed styles that felt reminiscent of the Maison Margiela Tabi boot. “I went back to my roots as a designe rand Margiela is where I used to work,” Gvasalia explained. “[The Tabi homage was a nod] to traditional Japanese clothing. I wanted to underline the idea of where it comes from and how we deal with appropriation and the question of referencing and I put them in the show to underline what appropriation can mean today in fashion.”

Click through to see the entire Vetements fall 2018 collection from Paris Fashion Week.