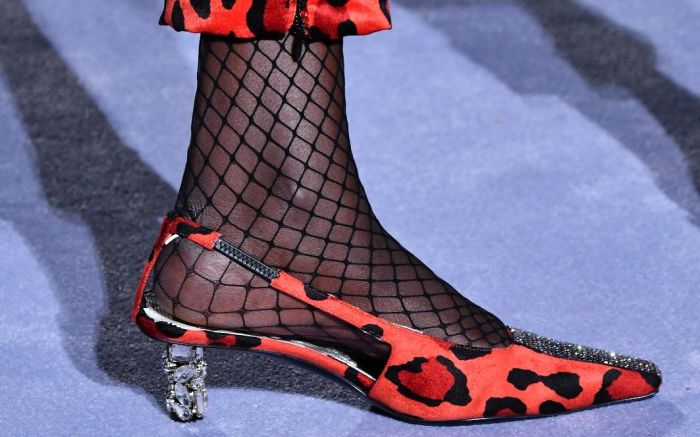 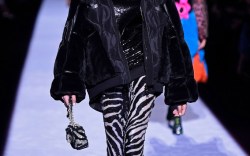 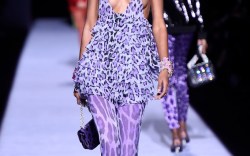 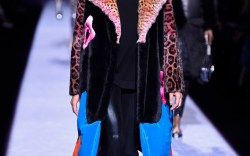 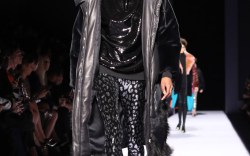 Ready or not, the fishnet has returned. So says Tom Ford, whose vampy, ’80s-esque fall ’18 presentation prominently featured the hosiery in his celeb-packed show at the Park Avenue Armory on Thursday night.

Ford kicked off New York Fashion Week with a blast of sequins, bright neons, animal print suits and a host of colorful, embellished flats, sling backs and kitten heels that were styled with classic black fishnets.

There’s never been anything subtle about a Tom Ford look. From super-short, leg-baring minidresses to the over-the-knee boots and sharp stilettos he pairs with them, his designs are not for the faint of heart, and his latest show was no different: While the first half of the collection featured fishnets, the last set of looks included colorful animal print tights and leggings in reds and yellows with matching pointy-toed heels. The metallic headbands and oversized hoops fully transported models like Kaia Gerber and Joan Smalls straight to the ’80s.

Ford has been showing at NYFW for a few seasons now, but the show was very much an homage to Los Angeles, his new home and design headquarters for his womenswear business (he took over Hedi Slimane’s former Saint Laurent studio in the Regen Projects gallery). The soundtrack featured songs with lyrics referencing the city, and the clothes were a bright antidote to the all-black wardrobes of New York.

And the crowd? Every bit as A-list as the Hollywood events of years past.