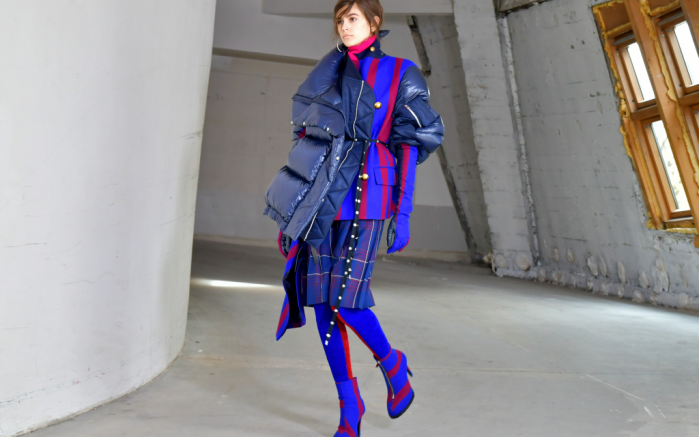 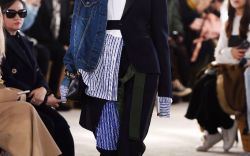 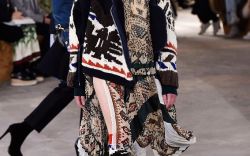 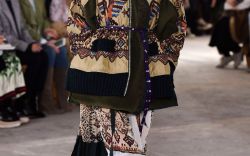 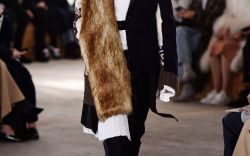 This morning in Paris, mismatched animal prints ruled the runway at Sacai. Best in show was a boot: zebra on the right and leopard on the left. The zebra fastened at the back, while the leopard had a zip right down the front. The result? Pure animal magic.

Chitose Abe’s odd coupling extended to a plethora of styles including sandals, pumps and Chelsea boot models, as well. Should you want to dial down the volume a tad, there were also slightly more sober mismatches involving leopard print and plain black.

The designer generally collaborates with Pierre Hardy for her shoes, but this is the first season in some time that she’s going it alone. After all, Abe is known for the signature hybrid techniques of her ready-to-wear, so the fact that she’s extending this concept to her footwear makes perfect sense.

And as for the really good news? FN has checked with the brand, and the pairing wasn’t just a runway gimmick. The mismatched styles will be going into production, so you’ll be able to buy them come fall.

It may have had its genesis a couple of seasons ago with those red/white numbers at Celine, but the mismatched trend has really taken hold for fall. See Christian Louboutin’s London Fashion Week collaboration with Michael Halpern for further details — not to mention the shoelaces at J.W. Anderson.

Abe, however, is all about extreme. In addition to these polar opposites, there were also some total looks. She showed ensembles that were completely stripe on stripe, right down to the matching shoes and socks. Who wore it best? Kaia Gerber, of course. After all, she did open the show.

Check out the full fall ’18 collection at Paris Fashion Week.