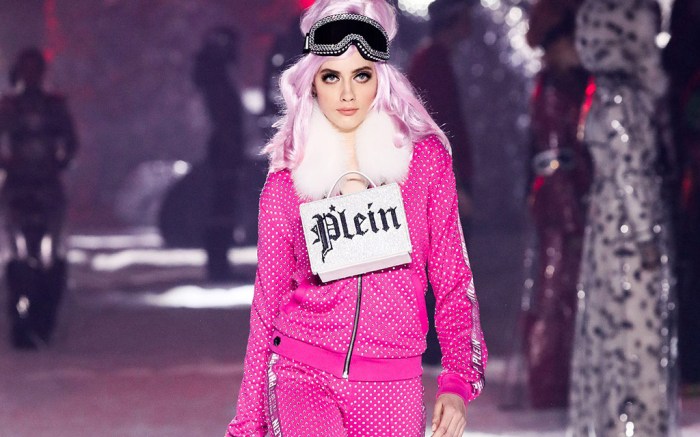 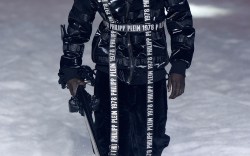 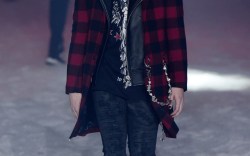 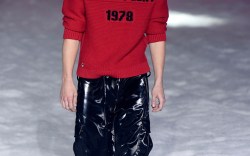 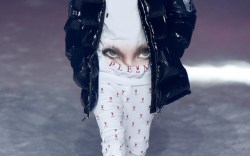 There was a lot happening at Philipp Plein’s fall 2018 show on Saturday night, per usual. The German designer, who is known for his elaborate productions, musical guest stars (Snoop Dogg, Rita Ora, Future and Nas have all performed in the past) and iconic locations (the New York Public Library and the Hammerstein Ballroom served as Plein’s previous NYFW event locations), this time chose to hold his show at a greenhouse inside the Brooklyn Navy Yard, where plenty of hangers-on congregating outside the festival-like entry tents were informed that tickets were not being sold to the invite-only show.

Inside (past a handful of Plein-logoed Maseratis), the enormous space was a winter wonderland-cum-alien spaceship on Mars, complete with fake snow, aluminum-foil-coated space rocks and a giant spaceship outfitted with the Plein logo hanging from the ceiling.

Rappers Migos opened the show, accompanied by two guys on snowmobiles and a giant bulldozer-like machine that at one point appeared to be veering towards the audience. After that, a Transformers-looking robot strutted out to Frank Sinatra’s “Fly Me to the Moon,” walking arm-in-arm with model Irina Shayk, who was wearing a black full-length bodysuit that read “I love you Philipp Plein.”

After the duo’s parade around the arena, the spaceship lowered itself down ominously, then up again, and out walked the models. The lineup seemed endless and consisted of every manner of winter sporting apparel, footwear and gear: There were snowsuits, snow pants, onesies, parkas, hot pants, raincoats — along with myriad oversized furry snow boots. A pair of thick-soled black and white sneakers hung around a model’s neck. Others carried Plein logoed skis and snowboards, and there was even a male model who ran around on prosthetic legs.

The show ended with Migos returning to the stage, performing “Motorsport” and “Bad and Boujee” while the models danced around them. The spectacle, which morphed into an all-night rave afterward, was signature Plein: adventurous, outrageous, over-the-top and fun.