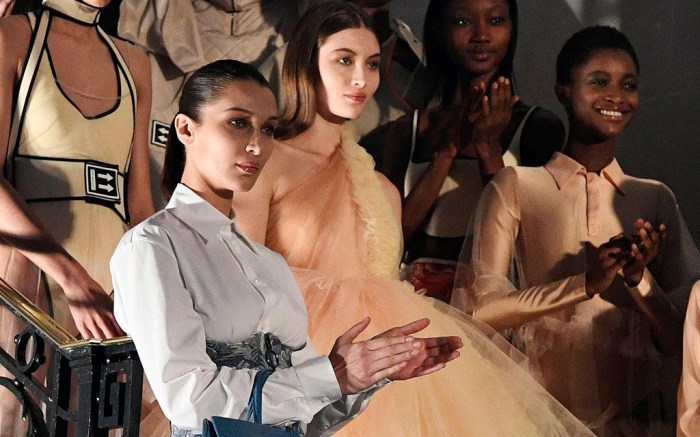 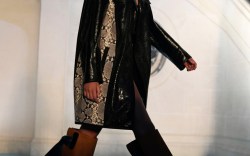 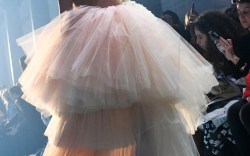 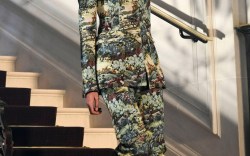 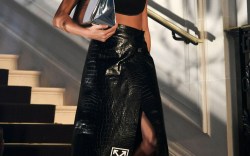 At his show tonight in Paris, Virgil Abloh debuted the new women’s all-white Off-White x Nike Air Jordans. Fans won’t have to wait too long to get their hands on them, though as the style is launching on Saturday.  The collab forms part of the new female-centric Nike Unlaced initiative, and this is the first time any Air Jordan has been created in ladies’ sizing.

From Maria Grazia Chiuri at Dior to Edgardo Osorio at Aquazzura, Paris Fashion Week designers have been championing female empowerment this season. And while the right to sport an Air Jordan is hardly up there with Emmeline Pankhurst, it’s still a step in the right direction, no?

As for the requisite star power, that was provided by a model cast including Bella Hadid, Hailey Baldwin and Kaia Gerber, rocking the mother of all thigh-high boots, and front-rower fixtures Luka Sabbat and rapper Diddy’s son Christian Combs. He was wearing Nike Air Force 1s but can’t wait to get a pair of the new Off -White Air Jordans. “They’re definitely on my bucket list,” he said.

FN caught up with Abloh at the roller disco launch party (check out our Instagram Story highlights) where he gave us his take on the logo. “It’s the the ability to identify a brand with just one symbol,” he said. “Logos have always been a powerful tool, and they’re very necessary in our world to distinguish one thing from another.”

We also asked him what he thinks is the most powerful logo of them all, and received an unexpected response: “McDonald’s.” He might just have something there.