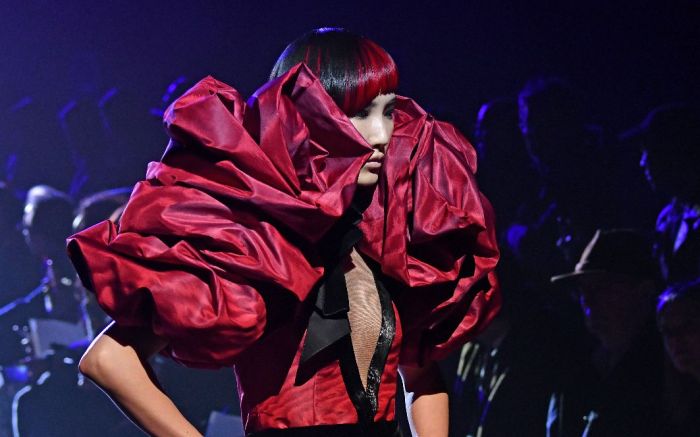 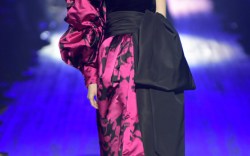 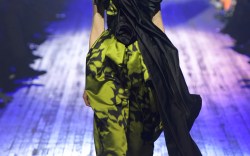 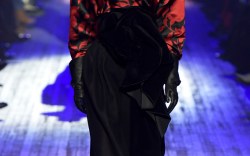 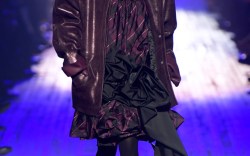 Always last on the calendar for New York Fashion Week, Marc Jacobs can be counted on to make some of the biggest statements of the season, which he did again on Wednesday night at his fall ’18 show with dramatic, oversized looks that had a distinct ’80s feel.

One would expect the footwear for the collection to be equally voluminous — after all, just a few seasons ago, Jacobs was the designer bringing back ultrahigh platforms (modeled by Lady Gaga, no less) at heights rivaled only by Alexander McQueen’s iconic Armadillo shoe.

But Jacobs went against the volume of the clothing with slim, elegant menswear-inspired brogues with pointed toes and structured ballet flats with feminine folds and origamilike flaps. And though the shoes were mostly flat, they were statement-making nonetheless:  The men’s style laceups came in the same rich jewel tones as the clothing, including teal and raspberry in a silk shantung, and some in contrasting leather, like a mustard and black style. The more feminine ballet flats had crystal and pearl embellishments on top of folded bows. A few heels populated the collection, too — some in burgundy and grape velvets with scalloped edges.

The shoes were able to hold their own but also blend in with the clothing, which took the spotlight in the form of absurdly exaggerated double-breasted coats, voluminous trousers and blouses (with large folded floral accents on the neck and around the waist), and 1980s-style taffeta and velvet evening dresses.

The one common thing uniting it all? Socks and tights, of the basic black and ribbed varieties.