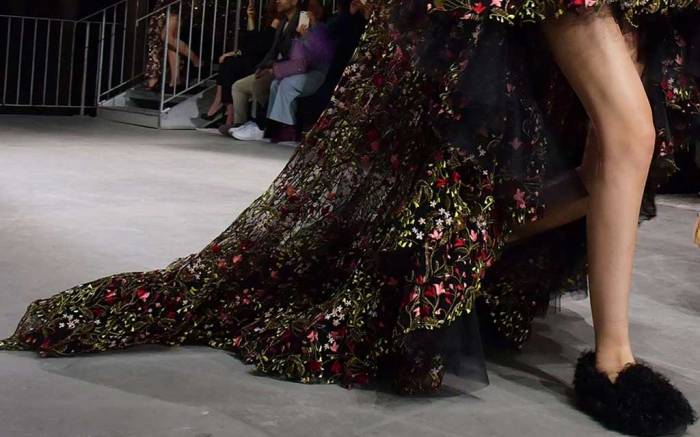 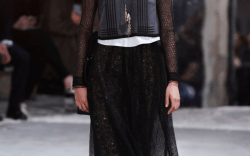 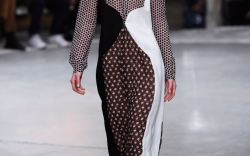 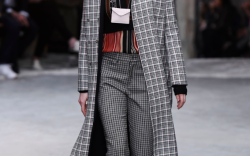 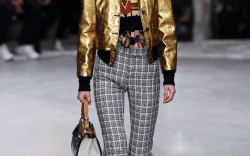 Gym haters rejoice. Giambattista Valli has made the perfect kicks for the exercise-phobe. At his show yesterday in Paris, the designer debuted a sneaker completely covered in shaggy faux fur.

“They’re runners for the snow,” he laughed backstage after the show. “It’s been very snowy lately in Paris.” Just as cozy were the thong sandals with a luxurious fluffy footbed, and even the floor in the show venue was carpeted to match the footwear.

Jokes about the weather aside, Valli explained that he was inspired by ’70s interiors — evinced by a moodboard replete with the shag pile beloved of the decade. “It was the carpet in the houses and the idea of putting your foot into something furry,” he said.

Bigger-picture was the notion of eccentricity, the nomadic traveler and a global melting pot of cultures: “the opposite of what’s happening in Italy right now,” Valli said.

Valli paired his flats with androgynous tailoring or elaborate floor-grazing gowns. And in a nod to the current vogue for patterned hosiery, he teamed the thongs with patterned socks.

When it comes to his footwear, the designer values a high-low mix. He also showed high-shine thigh numbers with patterned minidresses or semi-obscured beneath more demure button-down affairs.

Check out the gallery to view the Giambattista Valli’s fall ’18 collection.